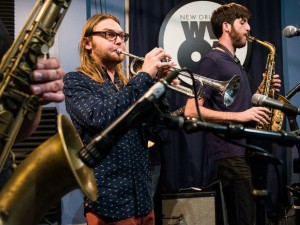 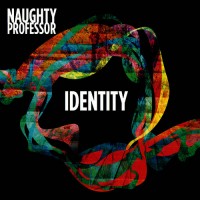 New Orleans-based and jazz-funk sextet, Naughty Professor, have spent the past few years building their following through their horn-powered sound that embodies their adventurous recordings and high energy performances. Identity, their latest, is their most daring—shifting from the explorative instrumental compositions, Identity features an array of collaborators like Jurassic 5’s Chali 2na, Ivan Neville, Eric “Benny” Bloom of Lettuce, Mike Dillon, Sasha Masakowski, and members of the Soul Rebels that push the envelope, melding jazz and funk with hip-hop and R&B. Identity demonstrates Naughty Professor’s continual success to expand into new musical territory, while continuing to deliver high energy, exciting, and interesting compositions.

Every track on Identity was recorded live in the studio in order to capture the same type of energy and connection between each of the members and Naughty Professor capitalizes on this approach. Opening with ‘Mirrors,’ a sporadic guitar is met with percussive drumming that gradually builds leading into the verse sung by Cole DeGenova. The horn section’s wide tonal range carries along the chorus with its catchy and melodic riff. Following ‘Mirrors,’ the record takes a complete different turn with, ‘Sugarcoat,’ a funky hip-hop tune featuring Chali 2na’s deep voice and intelligent lyrics, while Ivan Neville belts out the hook and take command of the organ with a funky solo. Chali 2na appears again on ‘Darker Daze,’ a hip-hop influenced track characterized by its politically charged lyrical content and melodic horn phrasing that is a powerful listening experience.

Other highlights include ‘Stray’ which features David Shaw, lead vocalist of the Revivalists, blending his soulful voice with melodic guitar and warm horn section to create a catchy and memorable pop track littered with funk, jazz, and hip-hop influences. Previously released as a single, ‘Stray’s catchy chorus is infectious and serves as another danceable and energetic track that stands out from the remainder of the album. Instrumental tracks like ‘Venison Poetry’ featuring Mike Dillon and ‘Without A Trace’ featuring Eric “Benny” Bloom empower each member to explore sonically explore adding an experimental and chaotic flair to the progressive ‘Venison Poetry,’ while an arpeggiated guitar riff in without ‘Without A Trace’ leads into a dynamic build of far reaching trumpet solos from Bloom accompanied by an equally phenomenal horn section. These instrumental tracks are more familiar with Naughty Professor’s usual sound; however, these compositions remain as fresh and as exciting as their more conventional songs.

Overall, Identity proves that Naughty Professor is a band that lives outside of its jazz-funk pigeonhole. Each member’s skill combined with various musical guests and styles shows Naughty Professor’s innovative compositions and the technical prowess with which they perform these compositions.

Identity is available as a CD/DVD as well as mp3 from Naughty Professor’s website and Louisiana Music Factory. Currently, the band is on an extensive 6-week tour and is scheduled to perform at the Fried Chicken Festival on September 23 in Woldenberg Riverfront Park.