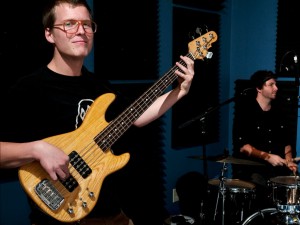 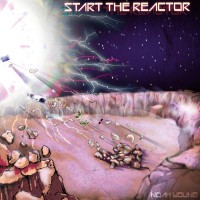 While he’s not busy touring around the country with jazz/funk band Naughty Professor or performing and recording with other New Orleans musicians, bassist Noah Young is hard at work finding outlets for his own compositions with the Noah Young Band.

Young’s side project’s debut album, Start The Reactor, will be released on January 13. His band, comprised of Walter Lundy (drums), Danny Abel (guitar), Sam Kuslan (keys), Jason Butler (keys), and Brad Walker (saxophone), focuses on blending elements of funk and jazz into a more modern bass-heavy music that sounds futuristic yet “pays homage to the past.”

The musicianship from all of the players is high and Young provides them with opportunities to display their skills throughout the album from start to finish. There are moments of high-energy solos from each band member throughout the record which nicely complement the laid back grooves in other spots. 'Memory Lane' sticks out with Jason Butler and Sam Kuslan gliding over the keys and synthesizers, bringing the listener into the future while the funky rhythmic section drives the song along. See a video for this song below. The compositions on Start The Reactor have a transcendent effect of allowing the listener to become encompassed within the track until the players begin building up and delving off into passionate improvised solos. 'What Have You Been Feeding That Thing?' is a perfect example of this-- it begins with a straightforward jazz groove until Young kicks up the energy with his bass and the rest of instruments follow suit.

While Young considers the record to lean more to the side of modern jazz, the funk still flies out on a couple of tracks, yet they are not dominant. Start The Reactor concludes with a danceable second line beat, combining the unique sounds of New Orleans with a futuristic electric piano to create something pleasant and new.

Overall, this Young's debut is an impressive modern jazz record that combines jazz and funk to create a new innovative sound that sounds like the future, but pays respect to the past.

Start The Reactor will be available on January 13 on mp3 from Bandcamp. The Noah Young Band, featuring members of Naughty Professor and The Revivalists, will celebrate the release of their album on Saturday, January 14 at the Blue Nile.