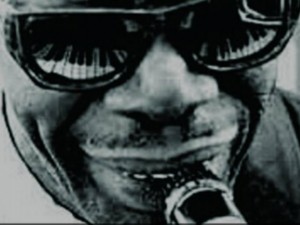 The second annual Retroperspective Film Festival, hosted by the New Orleans Jazz & Heritage Foundation in partnership with the New Orleans Video Access Center, takes place this weekend at the George and Joyce Wein Jazz & Heritage Center (1225 N. Rampart). This festival is a showcase for the best in documentaries by and about southern Louisiana, with classic feature-length films paired with upcoming works-in-progress by current New Orleans filmmakers. Admission is free.

RETROPERSPECTIVE connects the legacy of documentary filmmaking in the region with today’s climate of innovation throughout the three days of the festival (Feb. 3-5). For more information, see the Jazz & Heritage Foundation's website.

7p Film Screenings. Works to be shown include:
• “A House Divided,” Burwell Ware’s 1987 documentary, executive produced by Sybil Morial, about the segregation and integration of New Orleans through the eyes of those who remember it. Featuring New Orleans politicians and luminaries such as Oretha Castle Haley, and with narration by James Earl Jones, this film begs the question of how much progress we have made in race relations in New Orleans today. Filmmaker Burwell Ware will be in attendance.
•  Works-in-progress screenings:  “Neutral Ground,” by CJ Hunt, which looks at New Orleans’ Confederate Monument scandal, and “Gomela,” a poetic short accompaniment to Junebug Theater’s dance and theater production.

Saturday, Feb. 4
1p Music Video Production Project Launch. NOVAC will host an information session on its annual program that pairs New Orleans musicians with aspiring filmmakers to create music videos that can be used to promote the musicians’ careers. A selection of videos completed in the past two years will be screened. Musicians interested in a free music video are encouraged to attend.

2:30p Screening of “Forgotten Bayou.” Bayou Corne was once a thriving Cajun community. On August 3, 2012, a sinkhole swallowed a swath of nearby swamps and, after a mandatory evacuation ordered, residents were left with an impossible choice: start their lives over elsewhere, or stay and face the risks. “Forgotten Bayou” is a 2016 film that chronicles the events leading up to the tragedy as well as the continuing ways it has altered the lives of community members. TRAILER BELOW.

4:30p Work-in-progress screenings:
• “Hail To the Queens” by local filmmaker Brian Nelson.
• “Tootie’s Last Suit.” Filmed in the aftermath of Hurricane Katrina, this 2009 feature-length documentary bears witness to the struggles of New Orleans’ Mardi Gras Indians – spiritual healers for their community  whose lives and traditions were severely threatened by the storm and its aftermath. A Q&A via Skype with filmmaker Lisa Katzman will follow the screening.

7p Work-in-progress screening:  “The Untitled Prof. Longhair Documentary,” a film by Josh Bagnall about the legendary New Orleans pianist Prof. Longhair, is an extraordinary project that will have a sneak preview at RETROPERSPECTIVE. A musical performance will follow the film.

Sunday, Feb. 5
3p Screening of “My Louisiana Love.” Tracing a young woman’s quest to find a place in her Native American community as it reels from decades of environmental degradation, “My Louisiana Love,” from 2012, is a modern story of love, loss and resilience in Southeast Louisiana. Co-producer and co-writer Monique Michelle Verdin will be in attendance. TRAILER BELOW.

5p Screenings of “In the Spirit: The Photography of Michael P. Smith,” a short film from 2009 by Kevin McCaffery, and “Don’t Blink,” an award-winning 2016 documentary about the life and times of photographer and filmmaker Robert Frank.

7p Panel discussion on the ethics of street photography, presented in collaboration with the New Orleans Photo Alliance.