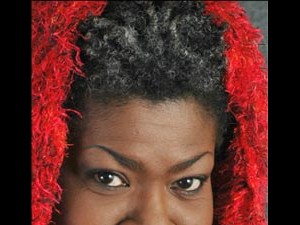 Juanita Brooks, one of New Orleans' most beloved singers, passed away Thursday, September 10 at the age of 55.

A native of the 9th Ward and Mid-City sections of New Orleans, Miss Juanita was blessed with an incredibly powerful voice as well as a talent for acting. Her vocal prowess regularly livened up performances by Eddie Bo, George French, Bob French, the Palm Court Jazz All-Stars, Davell Crawford, and many more. Her acting skills landed her in theatrical productions of "One Mo' Time," "Ma Rainey's Black Bottom," and "Staggerlee".

Miss Juanita was also a supporter and friend of WWOZ, appearing at the station frequently to perform and chat on air. Most recently she was at our holiday membership drive in December 2008, where she sang a rollicking, bluesy duet with fellow vocalist Germaine Bazzle.

Juanita is survived by her mother, three brothers (including musicians Mark and Detroit Brooks), two sisters, and four children.

Funeral arrangements:
Friday, September 18, 2009
Visitation at 11am, followed by a service at noon.

Join us in remembering Miss Juanita's amazing gift by watching these YouTube videos and keeping her and her family in your thoughts:

I'm sad to here of Jaunita's death ... too young. I know her brother George "King" Brooks (is this the same guy as "Mark") and also know Detroit although not as well. George and I went to the same church for a while and have performed gospel music together a few times. WONDERFUL human being and I wish I'd had a chance to meet his sister Jaunita but never did ... he spoke highly of her! May she rest in peace and Second Line with the Angels! I can't see heaven being any other way for a musician :)