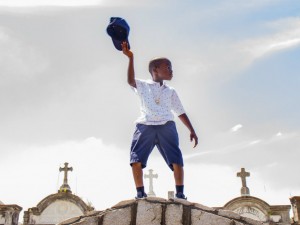 Second line parades are allowed in New Orleans again as of Friday, May 28! As New Orleans continues to ease its coronavirus-related restrictions with more caution than the ones set for the state of Louisiana as a whole, many expected parades to not return until August-- or later.

Tamara Jackson, president of the Social Aid and Pleasure Club Task Force, says that though we are still within what would normally be the end of the 2020-21 season, with three clubs' usual dates still to come, they are not planning to hit the streets just yet. Instead, she expects that the 2021-22 second line season will kick off, as it always does, with the Valley of Silent Men at the end of August.

"I'm hopeful that the season will likely resume in August. The only restriction as it relates to us right now is that we have to do the permitting process at least two weeks prior to the actual event. So the city is asking that we submit those applications timely with two weeks so NOPD has the opportunity to staff the parades," Jackson said.

Jackson says it will be crucial to submit these applications within the required time frame in order to receive approval.

New Orleanians may see other second lines in June, though, as permit applications for funerals, weddings, and other events are now open again.

As events are scheduled, we will post what is relevant to the community here on Takin' It To The Streets.