WWOZ wins two awards from the Louisiana Association of Broadcasters 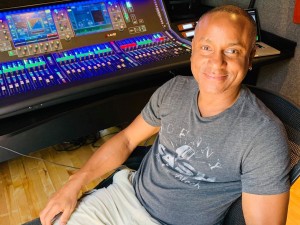 The Louisiana Association of Broadcasters honored WWOZ with two awards at this year's Awards for Excellence in Broadcasting! WWOZ was named Station of the Year and our longtime engineer, Damond Jacob, was named Broadcast Engineer of the Year.

Damond has been with WWOZ since 1993, and has engineered over a thousand live performances. He oversees all aspects of the station's FM broadcast and internet transmissions, as well as our many remote broadcasts from clubs and festivals, including our award-winning annual broadcast from the New Orleans Jazz & Heritage Festival. He was instrumental in many of WWOZ's important technical developments, including WWOZ becoming one of the first noncommercial stations in the country to stream over the internet, and he was also responsible for returning WWOZ's signal to the airwaves after Hurricane Katrina in 2005. Damond is a treasured member of the WWOZ team and widely respected by the thousands of New Orleans musicians he's worked with over the years.

The Broadcast Engineer of the Year award is presented annually to an individual who is recognized for excellence and innovation in broadcast engineering for a Louisiana television or radio station.

The Station of the Year award is presented annually to a station that best exemplifies the very highest standards and practices of the LAB and of broadcasting. Congratulations and thank you to our amazing staff, show hosts, board, volunteers, supporters, and the incredible musicians who contributed to WWOZ over the last year.

The LAB's 2021 Awards for Excellence in Broadcasting were held virtually on Thursday, March 18.