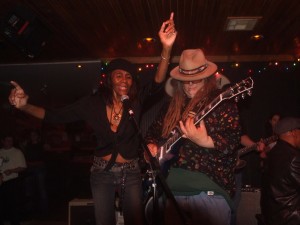 Tammy Lynn (also known as Tami Lynn), New Orleans soul singer and an original AFO Records artist, died June 26, 2020. She was best known for her song 'I'm Gonna Run Away From You,' which hit #4 on the UK Singles Chart in 1971.

Lynn was born in Gert Town in 1942. As a child, she sang in church and school choirs, as well as gospel on WMRY radio. Eventually, she was heard by Alvin "Red" Tyler and Harold Battiste, who signed her to AFO Records as the label's "most versatile vocalist." There, she worked on Compendium with Battiste on piano and alto sax, John Boudreaux on drums, Melvin Lastie on cornet, Peter Badie on bass, and Tyler on tenor sax. The majority of the album was recorded at Cosimo Matassa's studio in 1963. Lynn's contributions to this record are one of the only known examples of 1960s modern female jazz singing in New Orleans that have survived. Hear part of this work in the video player below.

In addition to her work with AFO, Lynn held a gig opening for John Coltrane in New York. She also sang backup on many Dr. John albums, as well as the Rolling Stones' Exile on Main Street. Her voice can also be heard supporting Sonny & Cher, Wilson Pickett, King Floyd, and Miles Davis.

WWOZ extends its best wishes to her family and friends during this difficult time.