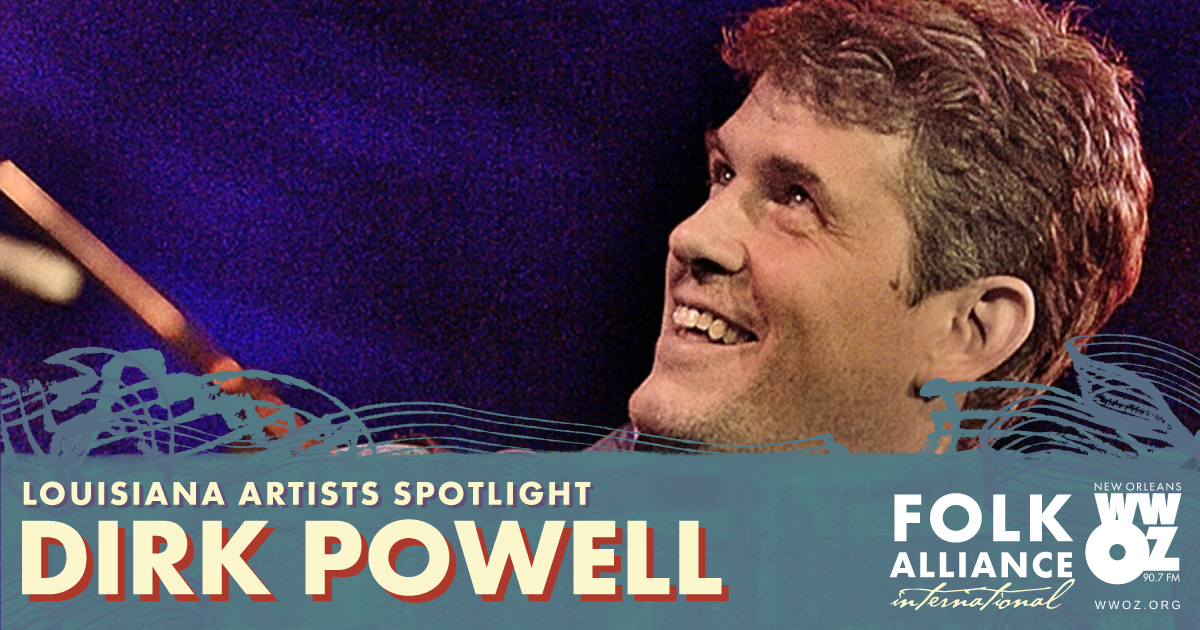 The Folk Alliance International Conference is coming to New Orleans this year and WWOZ is partnering with the good people at the conference to give a special shoutout to the Louisiana-based Official Showcase artists and the work they’re doing to strengthen the arts community in Louisiana. This week's Louisiana Artist Spotlight shines on Dirk Powell.

We tend to use similar words to describe musicians who are beyond good at what they do: "poetic" and "prolific" immediately come to mind when describing Dirk Powell. But they still fall short of capturing the essence of his work and craft. Recognized as a leading expert in Appalachian fiddle and banjo, Powell has won 4 GRAMMYS, appeared on the Today Show, David Letterman, and recorded with the likes of Rhiannon Giddens, Eric Clapton, Loretta Lynn: the list goes on.

Still that only scratches the surface of what Dirk Powell accomplishes with his music. His unique vision and commitment to Creole and Cajun culture makes his music something to behold and savor. It’s familiar and exciting.