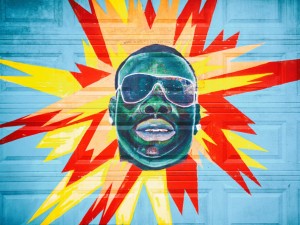 New Orleans rapper, producer, and actor Jerome Cosey, better known as 5th Ward Weebie, has died from complications after a heart attack at the age of 42. He was a prominent part of the first wave of bounce musicians in New Orleans in the 1990s and went on to have a fluorishing career for decades.

His name came from the 5th Ward of New Orleans, where he was born and raised. As a student at John F. Kennedy High School, he played drums in the school band and went on to dance with the Street Fighters crew.

In the early days of bounce, Weebie collaborated with Mystikal and Master P. He also had big hits with Parnerz'n'Crime and Kane & Abel ('Shake It Like A Dog,' 'I Really Want U,' 'So Attracted'). In 1999, his full-length debut, Show The World, was released on Mobo Records. He followed this up with Ghetto Platinum in 2000.

In 2006, Weebie gained more national attention for the track 'F--- Katrina.' In 2013, 'Let Me Find Out' captured thousands of fans across the world, including Snoop Dogg and Questlove.

That time @5thwdWeebie showed up to @questlove’s set at @Tipitinas in 2014 (that I opened for) for an impromptu performance of “Let Me Find Out. #rip5thwardweebie pic.twitter.com/uPQRltckZI

In 2016, he collaborated with New Breed Brass Band and Trombone Shorty on 'What'cha Workin It Fa.' In 2018, he appeared on Drake's number 1 single 'Nice For What,' along with Big Freedia, and also connected the Canadian rapper to New Orleans bounce producer BlaqnMild.

See the video for 5th Ward Weebie's collaboration with New Breed below.

WWOZ sends our best wishes and solace to his family, friends, and fans. A public service will be held at the Mahalia Jackson theater on Sunday, January 19. Visitation begins at 8am and services start at noon.