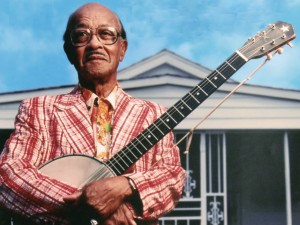 The core of the 2020 festival is the five day celebration at the New Orleans Jazz Museum with live music, interviews, and panel discussions. The festival will also feature a series of special events at other locations including the Pickin, Pluckin', and Strummin' all-star banjo and guitar concert at the George and Joyce Wein Jazz & Heritage Center on January 15, a tour of the Whitney Plantation, performances at Snug Harbor, and more.

The mission of the Danny Barker Banjo & Guitar Festival is to showcase and highlight the many contributions and accomplishments of NEA Jazz Master Danny Barker: musician, singer, songwriter, raconteur extraordinaire and author. In addition to being one of the top jazz artists of his time and a seven decade plus career, he also served as a mentor to numerous young New Orleans artists who have since gone on to their own major success-- Wynton Marsalis, Herlin Riley, Leroy Jones, Gregg Stafford, Dr. Michael White, and Lucien Barbarin, to name a few.

More on the 2020 Danny Barker Banjo & Guitar Festival, including the full schedule and lineup, can be found at dannybarkerfestival.com.