What are you made of? 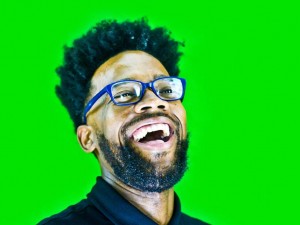 "When I think of WWOZ, I think of two words that are synonymous with our city and have been carefully woven into our culture over many many years, 'community' and 'music.'"

"The latter's a little more obvious, with 'OZ being a radio station and New Orleans being known as the birthplace of jazz and arguably, American music in a nutshell. I think of 'community' because that's what WWOZ is made of. A community of both on-air DJs and listeners from around the world of various walks of life, who love and appreciate this creative artform so much that they're willing to take time out of their schedules to share in that aforementioned love and appreciation!

"With that said, I've been both a listener of Hip-Hop music and active participant in the culture for the past 10+ years and am thankful that I not only get to share a piece of myself with 'OZ listeners but can also provide that same opportunity to artists in the city as one of the station's first Hip-Hop DJs.

"While music and the way we consume it continuously changes, WWOZ remains a constant in New Orleans. Community radio plays a vital role in keeping listeners abreast of the music, news and happenings of a specific area. WWOZ is one of New Orleans' flagship institutions and has greatly assisted in maintaining, reviving and perpetuating our city's cultural pulse for nearly 40 years. Thank you for your continued support of WWOZ. Without you, all of this would not be possible."