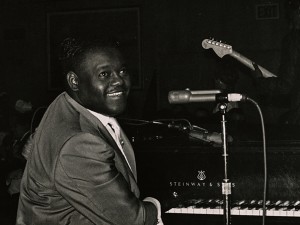 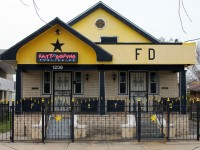 Antoine “Fats” Domino, Jr., a decades-long New Orleans cultural torchbearer and accomplished pianist and singer-songwriter, has passed away at the age of 89.

Fats Domino is one of the most recognizable figures of 20th century music. His unique style contributed to the evolution of rhythm & blues into rock’n’roll. Throughout his career, Domino made twenty gold records, including 'Walking to New Orleans,' 'Blueberry Hill,' 'I’m in Love Again,' 'Blue Monday,' 'Ain’t That A Shame,' and 'I'm Walkin'.' He made the Billboard charts over 100 times, and sold over 65 million records worldwide.

Domino was born in the Lower 9th Ward on February 26, 1928 to a large Creole family. At age seven, his brother-in-law, musician Harrison Verrett, taught him to play piano and began bringing him into the New Orleans club circuit. By ten, Domino was already performing publicly as a singer and pianist. At fourteen, Domino dropped out of high school and worked a variety of odd jobs while also playing music at night, often at the Hideaway Club in the Upper 9th Ward. By 1949, Domino’s reputation as a rare musical talent had spread and he signed with Imperial Records, beginning a legendary partnership with producer/collaborator Dave Bartholomew.

Domino’s premiere, 'The Fat Man,' was recorded at Cosimo Matassa's J&M Studios at the corner of Rampart & Dumaine, and was released in 1950. It is considered by many to be the first rock’n’roll song. The single went on to sell over a million copies and peaked at #2 on the R&B charts.  This success marked the start of a long and fruitful relationship between Domino and J&M Studios, where Domino recorded the majority of his hits. Domino soon found his achievements spreading beyond his own performances as other big artists of the time covered his songs including Pat Boone, Elvis Presley, John Lennon, The Four Seasons, Screamin' Jay Hawkins, and Led Zeppelin.

Domino received many notable honors for his contributions to rhythm & blues and rock'n'roll. In 1986, Domino was inducted into the first class of honorees at the Rock’n’Roll Hall of Fame.  In 1987, he received a Grammy Lifetime Achievement Award. In 1995, the Rhythm and Blues Foundation honored Domino with the Ray Charles Lifetime Achievement Award, and he received the National Medal of Arts from President Bill Clinton in 1998.

Domino has long been identified as one of the definers of the modern New Orleans sound, and took much of his inspiration from daily life in the Crescent City. "Something that happened to someone, that's how I write all my songs. I used to listen to people talk every day, things would happen in real life. I used to go around different places, hear people talk. Sometimes I wasn't expecting to hear nothin', and my mind was very much on my music. Next thing I'd hear, I would either write it down or remember it good."  He was well regarded throughout his career as easygoing and affable, traits that came through vividly in his onstage presence.

Even with his significant international success, Domino remained closely tied to New Orleans, both personally and musically, for his entire life, and maintained his home in the Lower 9th Ward for decades. He chose not to evacuate before Hurricane Katrina because his wife was ill; he and his family were rescued from their badly flooded Caffin Avenue house by the Coast Guard on September 1, 2005, three days after the storm.

"You got to keep a good beat," he said at the height of his career. "The rhythm we play is from Dixieland — New Orleans."