The Indigenous Influence on American Music 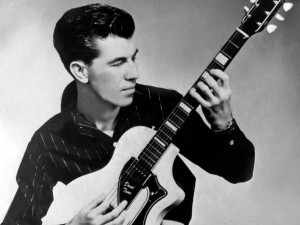 A new documentary is exploring the deep influence indigenous Americans have had on modern American music. Rumble: The Indians Who Rocked the World premiered this weekend at the Sundance Film Festival in Utah.

Rumble tells the tales and expounds on the influence of many Native American musicians, many of whom were not frequently identified as native peoples. This documentary touches on the undeniable influence of Link Wray ('Rumble'), bluesman Charley Patton, jazz singer Mildred Bailey, Jimi Hendrix, and folk heroine Buffy Saint-Marie, among others.

The film was inspired in part by the recent Smithsonian National Museum of the American Indian exhibit "Up Where We Belong: Native Musicians In Popular Culture." Check out the trailer below.

No New Orleans viewings are scheduled at this time, but we will let you know if any hit the calendar.