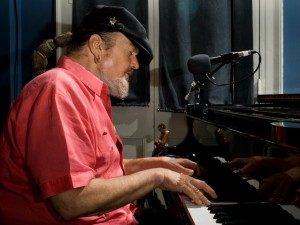 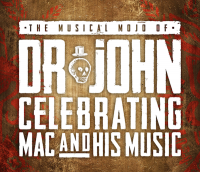 This release is both a concert film and an audio CD of a show that took place at the Saenger Theater on Saturday, May 3, 2014 to honor the musical icon. Dr. John was joined or tributed by all of the notable guest artists above for 22 songs written, recorded, and/or popularized by Dr. John during his prolific six-decade career, honoring his large and still-growing musical legacy. “It was very moving to have all these people paying tribute to me, but I just treated it like it was another show,” Mac humbly said of the event. See the trailer for the film below.

Springsteen's duet with Dr. John kicks off the concert (and release) with the 1973 hit 'Right Place Wrong Time.' Mavis Staples lays down a happy 'Lay My Burden Down.' There's also a Jack White-esque version of 'You Lie' from the Allman Brothers' Warren Haynes.

In this all-star lineup, there are a few artists that manage to find the perfect combination of song and sentiment to give a performance that stands out above the rest. Perhaps not surprisingly, these special moments come mostly from the local New Orleans artists. The Neville Brothers are one, as Cyril's 'My Indian Red,' the third track, is one of the first that jumps out as exceptional. Aaron Neville's golden voice does right by 'Please Send Me Someone To Love,' as he's joined by Charles Neville and Dr. John. Allen Toussaint, as always, also brings something extraordinary to the table on 'Life.' Dave Malone lays down a pretty version of the traditional song 'Goodnight Irene' and Big Chief Monk Boudreaux performs a rockingly authentic 'Big Chief.' Towards the end of the show, Dr. John is joined by Terence Blanchard for a adaptation of 'Rain' and two final powerful songs with Sarah Morrow-- 'I Walk On Guilded Splinters' and 'Such A Night.'

The Musical Mojo of Dr. John is available now on CD and mp3 from the Louisiana Music Factory, Amazon, iTunes, and each of the finer music retail outlets near you. You can catch Dr. John locally performing at Tipitina's on December 27 and 28.