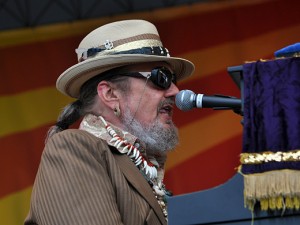 WWOZ gives a shout out to Dr. John, whose Locked Down, a collaboration with Dan Auerbach of the The Black Keys, won the 2013 Grammy for Best Blues album.

Congratulations to Louisiana's other nominees: in the Best Regional Roots album category, Corey Ledet & His Zydeco Band earned a nomination for Nothin' But the Best, as did supergroup trio Wayne Toups, Steve Riley and Wilson Savoy for their The Band Courtbouillon.

The 55th Annual Grammy Awards were held on February 10 at the Staples Center in Los Angeles.