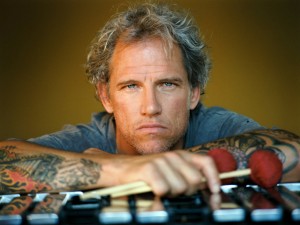 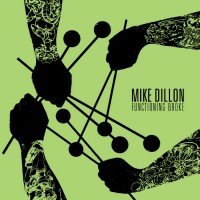 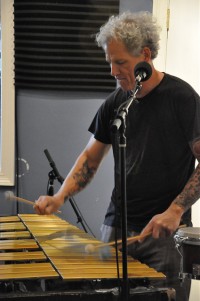 The latest release from Mike Dillon, Functioning Broke, features Dillon alone on vibraphone, mallet instruments, and various percussion with a result celestial and ghostly; sounds and songs that would be at home on any Tim Burton soundtrack. For this album, Dillon pulls influences from an unlikely range-- Zappa, Fishbone, Milt Jackson, Neil Young. Functioning Broke was released on Brooklyn's Royal Potato Family Records at the end of April.

It's rare that I get to pull on classical music for the new music spotlight series, but Dillon's expert use of ethereal percussion immediately brought Tchaikovsky's exquisite 'Dance of the Sugarplum Fairies' to mind, particularly on the album's third track, 'Alameda.' Nouvelle Vague's 2006 cover of Echo & the Bunnymen's 'The Killing Moon' is in the same vein as Dillon's efforts on this release as he created a beautiful reiminaging of Elliott Smith's 'Independence Day.' Dillon pays big respect to Smith on this release, including five other covers of his songs. The depth with which Dillon takes the tunes makes them sound entirely different-- almost unrecognizable unless you're listening closely. Other covers include Neil Young's 'The Needle & the Damage Done' and Martin Denny's 'The Enchanted Sea.' There are also four original compositions.

"I had been playing around with Elliott Smith songs as I enjoyed the harmonic movement of his songwriting. So in between Primus tours last year, I went into the studio and started tracking the various members of the mallet and percussion family like marimba, xylophone, timpani, orchestral bells, tubular bells, tabla and congas," Dillon says. "We got together every couple of months and would layer the instruments as the song demanded. What I originally thought was a fun little side project quickly became something that my pals said I should complete and release as a proper album."

Dillon also performs with other New Orleans groups Garage A Tois and Nolatet. He will be appearing locally on July 8 at Tipitina's, July 9 at the Blue Nile Balcony Room, and July 16 at the Maple Leaf.