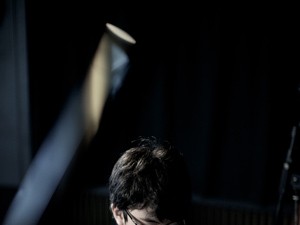 Born in the city of Denpasar on the island of Bali in Indonesia in June of 2003, Joey Alexander encountered a keyboard at the age of six and immediately began picking out the melody of Thelonious Monk’s “Well, You Needn’t” by ear. His father, an amateur musician with a huge passion for jazz, was astonished. He soon discovered his boy not only could pick up virtually any jazz composition by ear, he also had an impeccable sense of swing, and a gift for improvising that was near par to the records that he was learning from, and truly uncanny for a boy of his slight years.

As there was no jazz education available in Denpasar, Joey’s first jazz training came from sitting in on an informal jam sessions with local and visiting professionals in Bali. “He did study classical music,” explains his father “but what he really loved was to swing.”

Joey’s musical intuition further flourished and eventually, his parents moved to Jakarta so he would have a chance to expand his horizons by studying and playing with professionals. By 2011, Joey had been featured at the Jakarta International Jazz Festival, and was included in a UNESCO jazz event organized by Herbie Hancock, who gave the budding musician an enthusiastic thumbs up. In 2013, he entered and won the Master Jam Fest improvisation contest of Jazz in Odessa Festival in Ukraine, triumphing over 43 adult jazz professionals from 17 countries. By this time it was clear to his parents that Joey was destined for a career in jazz. In 2014 Wynton Marsalis ‘discovered’ Joey performing in Jakarta, and flew him in to New York City to participate in his all-star Jazz At Lincoln Center Gala, MC’d by Billy Crystal. Joey wowed the jazz stars and audience alike with his soulful and sophisticated arrangement of Round Midnight. He got a huge ovation and was later written up in Downbeat as ‘a genius,.’ Joey also performed for President Clinton and other luminaries at the Arthur Ashe Foundation Gala.

It was Grammy Award winning producer Jason Olaine who took Joey under his wing, introduced him to Motema Music and jazz patron Daniel Pincus and spearheaded the collaboration to apply for an O1 Visa (for individuals of Extraordinary Ability) for Joey. As further proof of the validity of Joey’s quest, the visa was granted in record time… and just in time to make it possible for Joey to play at The Apollo theater in honor of Herbie Hancock at the star-studded Jazz Foundation of America Gala in October of 2014 where he got yet another enthusiastic ovation, more press accolades and a priceless show of support from Hancock who was stunned by Joey’s musical sophistication.