WWOZ volunteers are the heart and soul of WWOZ! They do everything from helping keep the station in order, answering phones, taking photos, writing stories and all of our show hosts are dedicated volunteers, too! Check out our page on Volunteering with WWOZ to learn more. It also includes the most recent Volunteer Spotlight.

From the October 2011 issue of the OZone, WWOZ's e-newsletter

Eric Ward, our November Volunteer of the Month, is a civil engineer with a solid track record in implementing water projects. He is also a seasoned athlete who’s been running races since his early teens. A transplant from Portland, Oregon, Eric arrived in New Orleans almost one year ago to join his girlfriend.

“There are so many meaningful festivals here!” he says smiling… “So many celebrations!” He pauses for a mere second to say that he is amazed by the abundance of talent and by the by the high level of musicianship in New Orleans. Most of all, he admires and respects the humility of the musicians he has seen performing at the local clubs. Eric is especially animated when sharing a treasured memory of blues man Walter “Wolfman” Washington playing at the Maple Leaf Bar around the corner from where he used to live Uptown.

Eric has been a Front Desk Ambassador since he started volunteering at the station in March, 2011. Sharp, versatile, and, as the French would be quick to say, “sympathique," he has quickly familiarized himself with the inner workings of the station. He now lends a competent and efficient hand in just about every area of station operations. Eric has given so much and so generously of his time that it is startling to hear him say that he has gotten so much back! He says, “Volunteering at WWOZ has exceeded my expectations!”

From the March 2012 issue of the OZone, WWOZ's e-newsletter

She’s been around jazz her entire life – from spending weekends as a child in New Orleans listening to her parents play to acting as a “Momager” for students at the New Orleans Center for the Creative Arts, Leslie Cooper is deeply involved in the music of New Orleans.

Leslie gives a good bit of her time to the young musicians at NOCCA and throughout the city helping them with the fundamentals of the music business – learning to be early for gigs (which is actually “on time”), dressing appropriately, learning about contracts, networking and stage presence.  “I try to teach them the fundamentals because you cannot build the roof of a house first,” she says.

Currently she is the president of the New Orleans Women in Music organization, dedicated to supporting and promoting female musicians, as well as being the production director of the New Orleans Traditional Jazz Camp.  The camp is for adults who want to learn more about the traditional music of New Orleans.  She also raises money to provide scholarships for young people to attend the camp.

Leslie spends a good deal of time volunteering at WWOZ.  The station was “tattooed on my heart after Katrina,” she said.  “I found them streaming online from Hoboken, New Jersey.  The station put up a web page for musicians and I registered my son as Trumpet Red.”  She began receiving emails saying the station was glad that the family was fine.  “The emails were very supportive.”

When she moved back to New Orleans she said she had to do something to help give back to WWOZ for its care and concern for them.  “I love OZ more than just the three hours a week I’m here,” Leslie says.

From the February 2012 issue of the OZone, WWOZ's e-newsletter

WWOZ’s Operations Department does the seemingly impossible everyday thanks to support from a group of dedicated volunteers who work diligently behind the scenes. Maite Vail is one of these exceptional workers whom we’re proud to spotlight throughout the month of March.

Equipped with patience and the skills to multitask in an environment where the unexpected has a reserved seat, Maite sizes up the job and reduces it to the lowest denominator--with a smile. When Operations had to archive several hundred pre-recorded shows produced by Jellyroll Justice, who did we call? That’s right! Maite. By the way, did you or a friend win a pair of tickets to a show recently? Guess who schedules, processes and files all the paperwork for on-air giveaways? Yes! It’s Maite.

Thank you, Maite for gifting your community radio station with positive energy and four solid years of service.

From the January 2012 issue of the OZone, WWOZ's e-newsletter

Val Bergman, a longtime volunteer of WWOZ once said, “Some folks are just born to be in New Orleans!” This statement fits Juju and Jim Jozwiak to perfection. Juju and her husband Jim moved to the Crescent City from the Windy City (Chicago!) in the early part of 2010 after falling in love the music and culture of New Orleans from previous visits.

WWOZ was one of the first stops on Juju’s list after the couple settled into their new home. Her dedication to and support of WWOZ’s Operations for many months and many hours was invaluable. Juju helped train some new volunteers for the receptionist duties at the studio front desk; helped us organize the volunteer schedule, and performed many other tasks cheerfully, and with great efficiency. Jim supported Juju’s efforts at WWOZ, and we are very grateful to both of them.

Here is a photo of Juju and Jim dressed as The Voodoo Couple. When they are not working, they are at music festivals, concerts and parades around the city. They help promote the good nature, the sense of fun and revelry, and personify the mystique that New Orleans exudes.

From the December 2011 issue of the OZone, WWOZ's e-newsletter

Imagine a recipe for a great volunteer:
1. Start with a smile that lasts 'til next Monday.
2. Add an attitude so positive it makes the building glow.
3. Stir in a New Orleanian who cares about her favorite radio station with the same passion she cares for her children.
4. Now add a pinch of sass.

That's Karen Paige, and she is our volunteer of the month for January!

Karen assists weekly helping the Operations office with organization and logistics and is training to be a substitute on-air host. You may have already heard her voice on some of the announcements we run on-air through our programming already.

She also likes to feed folks by bringing homemade goodies like an entire Thanksgiving dinner or gluten-free cakes, whenever the spirit guides her, which is often. You will notice her presence in the office because she is cracking a good joke, wearing a fabulous ensemble or complimenting you on your outfit. Karen is always willing to help, and that exemplifies the very core of volunteering.

From the November 2011 issue of the OZone, WWOZ's e-newsletter

Russell Shelton, a transplant from Oklahoma City, is a young drummer who fell in love with the Crescent City during a short trip in his junior year of high school. Shortly after that visit, Russell reconnected with the spirit of New Orleans when he started to meet and befriend students from New Orleans who had evacuated to Bishop McGuinness High School in the wake of Hurricane Katrina.

It is not so surprising that Russell chose to pursue his college education at Loyola University after graduating in 2006. Russell had hoped to pursue music performance courses at Loyola. However, perhaps because of his love of writing, he studied journalism instead and started to play regularly with two local bands, Solid Fuzz, and Ghostlight.

Shelton came to WWOZ during the station’s spring pledge drive and quickly became a valuable member of the team. He helped to schedule other volunteers for Brass Pass distribution, performed front desk duty and worked at WWOZ’s will-call at Jazz Fest. Russell then learned to record and edit public service announcements, and became a Street Talk reporter. He has also gone through training to program music on air and is now a competent substitute show host who is at ease with a wide range of musical genres. He now has loyal fans who appreciate his knowledge of the music, and his kind easy-going manner.

Russell says that his starting to volunteer during the pledge drive showed him that “there is so much love that comes into the station [from the community] to have it stay on the air." He adds that volunteering at WWOZ “is the most ‘New Orleans’ thing that you can get involved in.”

From the November 2010 issue of the OZone, WWOZ's e-newsletter

Chris, a three-year volunteer at 'OZ. After Katrina, Chris and his wife started more actively supporting the unique institutions of New Orleans, where they've resided since 1979.

One of the things he does at the station is getting local restaurants to donate food during membership drives and other events. "This isn't too difficult since I've yet to meet a local chef or restaurant manager or owner who isn't a fan of WWOZ."

Chris also writes and records Community Notebooks and public service announcements and helps out at events like Jazz Fest and Piano Night. "That's more like a fringe benefit than work."

What keeps him coming back? "It's fun, I've made some great friends and it's nice for a non-musician like me to be able to contribute a little something to the New Orleans scene."

From the October 2010 issue of the OZone, WWOZ's e-newsletter

As a volunteer-powered community radio station, people who donate their time are exceptionally valuable to WWOZ. Gail Furillo, a resident of Ojai, California, first came to New Orleans in 2000 and fell in love with the music and culture, eventually becoming an 'OZ member 6 years ago.

During our Fall Membership Drive, Gail flew into town and raised around $1300 by making phone calls. "Since I am very enthusiastic about 'OZ it was easy to transfer the enthusiasm," she says. All of my donors were friends and family who listen to 'OZ online and agree with me that it is the greatest station in the world!"

Why does she keep coming back to volunteer? "WWOZ is a national treasure. For those of us not lucky enough to live in New Orleans, the station oozes with the flavor of the city, giving all of us the opportunity to pretend it's us having a little olive salad from the Central Grocery while sitting by the river watching the world go by," Gail gushes.

Do you know a WWOZ volunteer we should feature in a future Volunteer Spotlight? Send suggestions to feedback@wwoz.org. 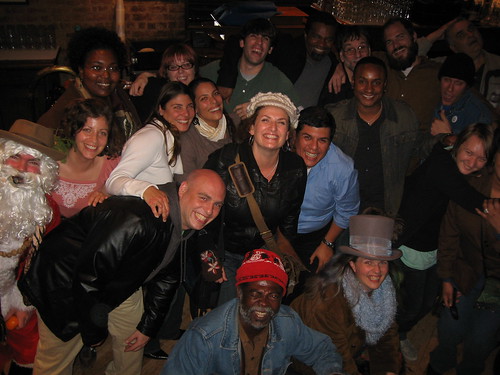 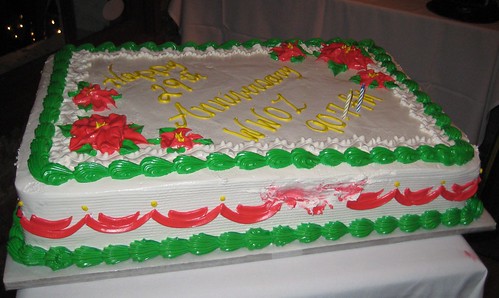 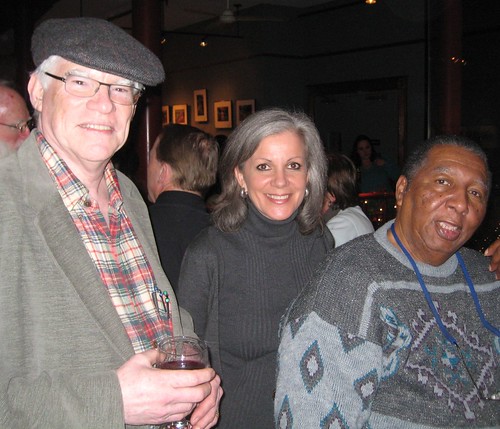 Having a good time
Previous Next
Topic tags:
Volunteers