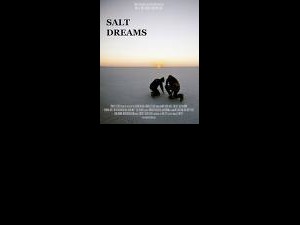 J.T. Nesbitt has been called many things: a genius, a fool, even a modern-day Don Quixote. In 2005, he was the most famous motorcycle designer in the world. J.T. came at his projects not as a mechanic but as an artist. His undergraduate degree is in pre-columbian sculpture.

He worked for Confederate Motorcycles in New Orleans, designing the "Wraith," one of the most exotic motorcycles ever built. A design so innovative that the Ogden Museum of Southern Art featured an exhibition of the sketchbooks and paintings, J.T. used to design the "Wraith." But he gave up his life as a world-renowned motorcycle designer to pursue a nearly impossible dream, and to make a documentary about his absurd quest for speed.

After Hurricane Katrina destroyed Confederate Motorcycles, the company decided to move to Alabama. J.T. says that it was morally wrong for Confederate to abandon the city at a time when it needed industry and innovation most. He lost everything he owned in Katrina, except his motorcycle (which he saved from the wreckage of Confederate with a chainsaw) and his career.

But his decision to stay cost him that, too. So he took a job bartending in the French Quarter. One of the regulars at the bar told J.T. he had a 1998 Lincoln Mark VIII that had been destroyed by the storm and J.T. could have it. He hauled it to his garage and it was there that the idea struck him.

He decided he was going to turn it into the fastest Lincoln ever built. He named the car the "Stinkin' Linkin," because it smelled like "a sack of dead rats." He painted a racing stripe where the water line was, formed a motley crew of bartenders and mechanics, and they dubbed themselves the New Orleans Racing Team.

J.T. also hired local film maker David White to teach him the basics of movie making, and he started making Salt Dreams, a documentary about the journey of the "Stinkin Linkin."

Update Required To play the media you will need to either update your browser to a recent version or update your Flash plugin.
Topic tags:
Film/Video