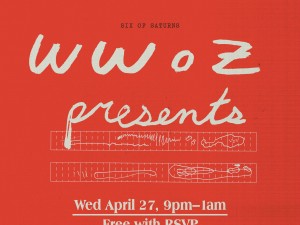 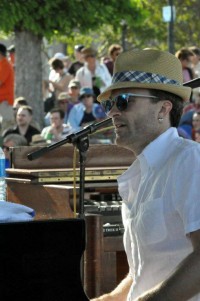 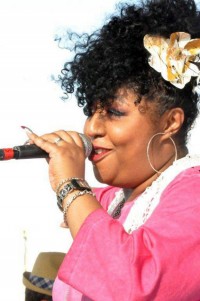 Two New Orleans musical forces, Tricia Boutté and Paul Longstreth, join together as the Bootleg Duo for a special evening presented by WWOZ at the Ace Hotel New Orleans' Three Keys. Doors are at 8p and the duo will be preforming two sets of music with first set starting at 8:45p. The first set will be broadcast live and video streamed on our website.

Hailing from the world-renowned Boutté family, Tricia Boutté was destined to build a special career with her remarkable voice and unparalleled stage presence. At age 5, competing against adults in a local talent show, George Benson awarded her second prize after bringing down the house with Roberta Flack’s Killing Me Softly. Her mother, Lolet, remembers clearly “the day the Diva was born” as 5 year-old Tricia demanded a piano be rolled onto stage so she could perform like Roberta performed.

Age at 19, Tricia began a very significant working relationship with legendary producer Allen Toussaint. Toussaint used Tricia as a background singer on his own recordings. Quickly realizing her unique talents, he set out to produce a record which would feature her voice and her own compositions. Pledge To My People was her debut recording as she fronted powerhouse reggae band Cool Riddims & Sista Teedy. A critical local success, the recording led to other opportunities to work with an impressive array of artists, including Trent Reznor and Nine Inch Nails, Marilyn Manson, D’Angelo, and Galactic, among others.

Paul Longstreth's musical background began in church, where his father was a Methodist minister and orchestral director and his mother was an active participant in Church music, education, and ministry programs.  While he received piano lessons from their choir director and was encouraged to sing in the choirs at church and at school, it was not until he got to New Orleans in 1989 that the idea of making music a career became a possibility.

After hearing Mr. Ellis Marsalis in concert at Tulane University he promptly dropped out.  To his parents chagrin, he left a hefty scholarship from a reputable university to pursue a career in piano performance! Unsuccessfully, he auditioned twice for the Jazz Studies program at the University of New Orleans. But being stubborn, and persistent, and completely ignorant of how little he actually understood, he eventually gained admittance.

After four years studying with Mr. Marsalis, he graduated and began searching for work. Proving again that he is the luckiest kid on the planet, he was able to build a reputation as a solid sideman and accompanist in the mecca of traditional jazz, New Orleans.  He is still amazed to list performances with Lenny Kravitz, Rufus Reid, Nicholas Payton, The Leroy Jones Quintet, Charles Neville, Bob French and the Original Tuxedo Jazz Band, Kermit Ruffins and the Barbecue Swingers, Trombone Shorty and Orleans Avenue, Irvin Mayfield, Charmaine Neville, The Harry Connick Orchestra, Sista Teedy’s Bootleg Operation, Jeremy Davenport, Lucien Barbarin, Crönk, UMAMI, The New Birth Brass Band, John Boutte, and A Kind of Lovechild.