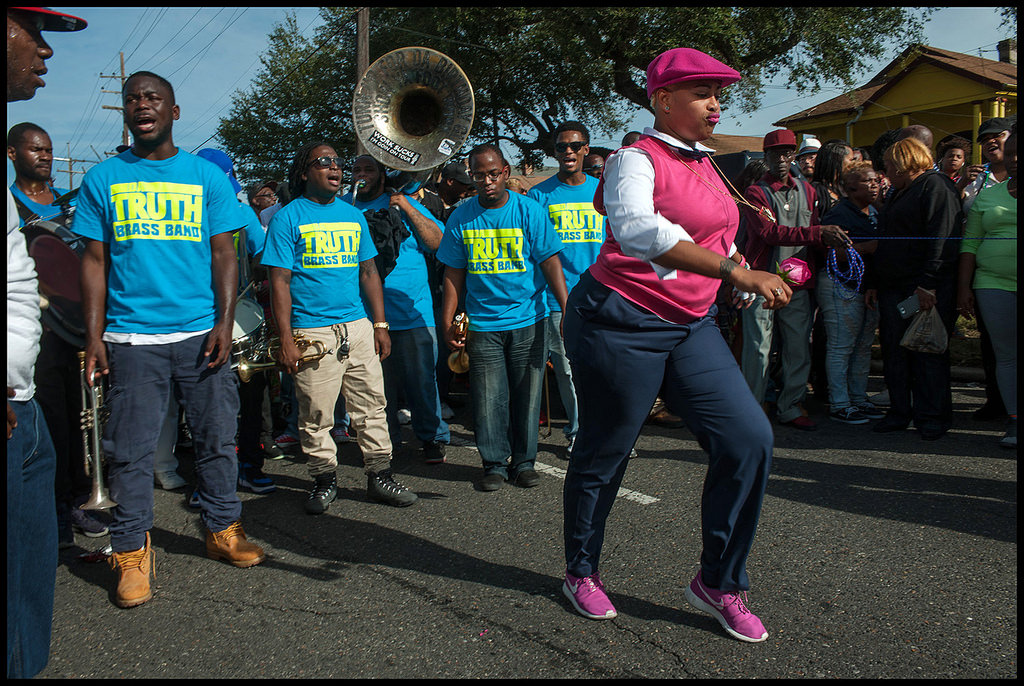 STOP at King's Fashion. Up Jackson to Claiborne. RIGHT on Claiborne to MLK. LEFT on MLK to S. Johnson.

STOP 2814 S. Johnson (Ladies of Unity). Up S. Johnson to Toledano St. RIGHT on S. Toledano. Proceed to Jazz It Up.

In the player below, hear India Sever's interview with Antoinette White of Women of Class as she discusses coming up with the Jolly Bunch, this year's parade, plans for October, and much more: