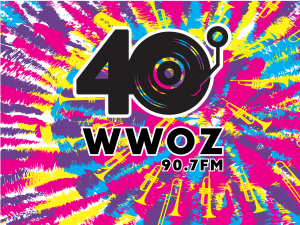 Join us in our birthday celebration, as we count down 40 days until our 40th Birthday on December 4th, 2020!

This epic 40 days for 40 years birthday party is made possible by:

10 am - 12 pm on Weekend New Orleans - Jon Cleary and the Absolute Monster Gentlemen, live at French Quarter Fest 2005
Special sponsorship of the day is in honor of Drew Barrington, WWOZ lover and harmonica player.

12 pm, Balfa Toujours, live from Jazz Fest in 2003.
Special sponsors of the day are Dave McDaniel and Breezy Island Company in Galveston Texas

10 am - Treme Brass Band, recorded live by WWOZ in 2003
Special sponsor of the day is a Guardian of the Groove in Washington DC, with deep thanks to Don Vappie, for his incredible gift of music and community as we push through the pandemic – livestreaming every single day since late March. Eh la bas!

10 am - Wendell Brunious, live at Jazz Fest 2013
12 pm - Earl King, live at Jazz Fest 1996
2-4 pm, Sitting at the Crossroads with Big D - Lil Ray Neal, live at WWOZ Lil Ray Neal is one of the unknown stars of the Blues world. Son of Raful Neal and brother to Kenny Neal, he has had a long career as a side man to some of the greats. He played for many years as the rhythm guitar in Little Milton's band, and when Milton passed he was asked to be a part of BB King‘s Band, but instead came home to Baton Rouge to pursue music as a lead man. He does not have any commercially available recordings -- but he did do a vibes show with us on WWOZ!
10 pm - 12 midnight - Tribute to the great WWOZ host Billy Delle Billy Delle's Records From the Crypt Show ran for decades on WWOZ, and was legendary for both the stories Billy told and the guest who came to talk. AJ and AA have chosen a classic Billy Delle show from November 22, 1995 to air as a tribute, for WWOZ's 40th Birthday coming soon. Billy's guests include Eddie Bo, Tommy Ridgley and Harry Nance. This is a must-listen show!
Special sponsor of the day is Nan Parati, Jazz Fest and WWOZ signmaker extraordinaire...and all ya'll who ordered signs during Festing in Place: The Next Fest Thing!

12 pm - Allen Toussaint, live from WWOZ Piano Night, 2005.
7-10 pm - WWOZ's critically acclaimed Tricentennial Music Moments.
In 2018, to celebrate 300 years of music history in New Orleans, WWOZ produced a series of short vignettes celebrating moments in the city's musical heritage, or all types. We've compiled many of them, for a Thanksgiving evening treat.
Special sponsors of the day are Cass, Alice, and Stella

12 pm - Irma Thomas, live from the Crescent City Blues & BBQ Fest, 2009
In 2009, the Soul Queen of New Orleans, Irma Thomas, headlined the Crescent City Blues & BBQ Festival in Lafayette Square. WWOZ was there to capture it.
7-10 pm - the Radiators' 20th Anniversary, live from the Dream Palace in 1998 The beloved New Orleans band the Radiators celebrated their 20th anniversary in 1998 at the Dream Palace on Frenchmen Street, and WWOZ was there to capture it. Now, for the first time, the tapes have been brought to light.
Special sponsorship of the day is in honor of Jean Richard and her late husband, Ronald, from their daughter, Lesli.

Special thanks to the Archive of the New Orleans Jazz & Heritage Foundation, for preserving these recordings and making them available. 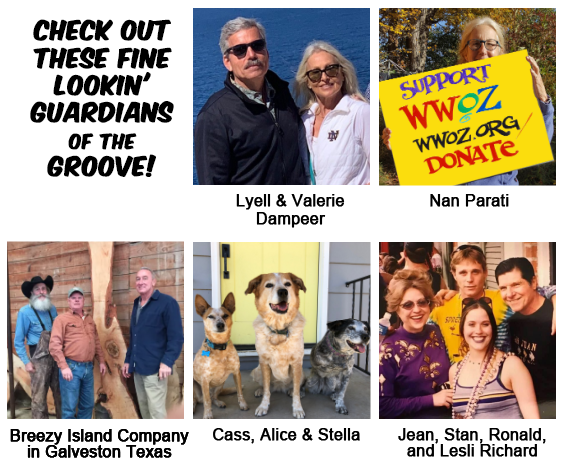 Thanks to our 40th birthday sponsors: