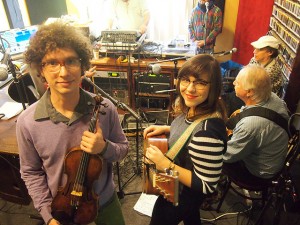 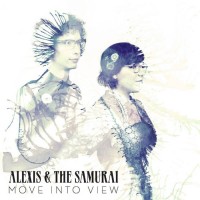 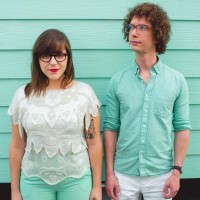 Alexis & the Samurai, made up of Alexis Marceaux and Sam Craft, don't have the "traditional New Orleans sound" but still integrate many hometown influences into their music. Their latest album, Move Into View, was released May 24. Their music conjures an unexpected mishmash of well-known artists, including Interpol, The Carpenters, The Strokes, Mirah, Queen, and more. Both musicians are multi-instrumentalists with Marceaux on lead vocals, guitar, and auxiliary percussion and Craft on violin, percussion, guitar, keyboard, and vocals.

Alexis & the Samurai is a decidedly modern band that takes influence from a wide variety of sources. Move Into View features an unexpected Cajun interlude on the seventh track with the Balfa Brothers' 'Parlez-Nous à Boire' ('talk about drinking'). Also notable is a dreamy, floating version 'I'm Gonna Sit Right Down and Write Myself A Letter,' a 1935 standard in the Great American Songbook that was famously recorded by Frank Sinatra and Fats Waller, among many others. Performing as a duo lends an intimacy to the music that is often lost with larger groups. Alexis & the Samurai capture this especially well on 'You Alone.' The album closes with 'Pots and Pans,' a song that sounds like equal influence is taken from rural honkytonks and Queen.

Marceaux is a graduate of the New Orleans Center for Creative Arts, one of many that have been featured in our new music spotlight series. Since forming Alexis & the Samurai with Craft in 2011, their music has been featured on Treme and they've performed at festivals and music venues around the world. In 2012, Marceaux was a contestant on The Voice TV show. “New Orleans has an incredibly supportive music community,” she told GoNOLA in 2014. “We’re all friends and we all want to see each other succeed."

Move Into View is available on mp3 and CD from iTunes, Amazon, the Louisiana Music Factory, and Bandcamp. Check out where they'll soon be appearing locally on our Livewire Music Calendar app for iPhone.