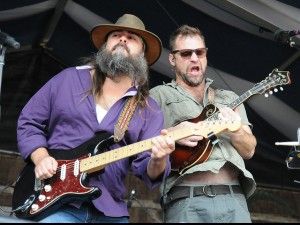 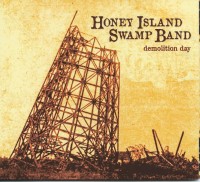 Honey Island Swamp Band released their latest album, Demolition Day, at the same time as their appearance at Jazz Fest on April 29. This album marks the 10-year anniversary of the Honey Island Swamp Band, which formed in San Francisco, CA in 2006, via New Orleans, after Hurricane Katrina displaced the founding members. With little hope of returning to their beloved city, the band channeled the blues and emotions of their circumstances to develop a soulful style and sound that some have compared to legendary Blues-Roots-Rock Artists such as The Allman Brothers and The Band.

Demolition Day opens with a rocking 'How Do You Feel,' a song that rushes through the emotions of a man searching for his wayward woman. The lowriding flow of 'No Easy Way' is welcome, as is the sweet ode to a woman on Bourbon Street, 'Katie.' 'Ain't No Fun' features dubious morality but catchy refrains as singer Aaron Wilkinson pleads to become a certain woman's "back door man."The group shines on the Americana inflected 'She Goes Crazy' and highlights the finer points of country living on 'Through Another Day.' The album closes with a haunting country twang on 'Devil's Den.'

Demolition Day was recorded at the Parlor Studio in New Orleans with the North Mississippi All-Stars' Luther Dickinson. A number of local musicians make guest appearances on the album, including Ivan Neville and Tab Benoit.

Honey Island Swamp Band will be performing locally at the NOLA Oyster Festival on June 4, Wednesday on the Point on June 15, and Tipitina's on June 24. They also have numerous dates around the country throughout the summer. See their full list of upcoming appearances at their website.

Demolition Day is available on CD and mp3 from the Louisiana Music Factory, Amazon, iTunes, and other local retailers.

“Their all encompassing sound of blues, roots, country, and soul has been described as 'Bayou Americana.'” – No Depression