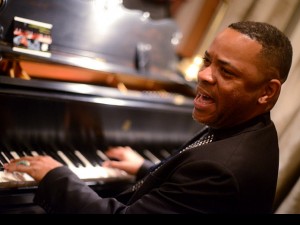 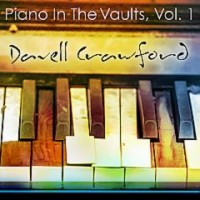 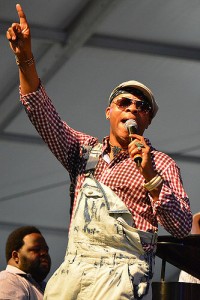 Davell Crawford is known as the "Piano Prince of New Orleans," and with good reason. He is one of the torchbearers of the great New Orleans piano tradition and has a very healthy dose of respect for those who came before. On April 15, Crawford released Piano In The Vaults, Vol. 1 on Basin Street Records. This is an album full of tributes to the New Orleans piano greats and there's no better artist today to pull this off well. The set is a collection of Crawford's solo recordings created between 1998 and 2013.

Piano opens with two tributes to James Booker, with the truest refrain "sure the world would be a better place if Booker was still around..." Crawford also pays his respects to the earliest days of piano jazz with a beautiful rendition of 'Buddy Bolden's Blues.' 'Teana Titty' and a steamy 'Fine Brown Frame' have a feel reminiscent of Jelly Roll Morton's days in Storyville. 'Fine Brown Frame' features Louisiana Blues singer and NEA Heritage Fellow Carol Fran. The traditional 'Make Me A Pallet On Your Floor' and a cover of Percy Mayfield's 'Please Send Me Someone To Love' are also especially notable.

Crawford is the grandson of famed New Orleans songwriter James "Sugar Boy" Crawford, best known for his hit 'Jock-A-Mo.' He pays tribute to his influential grandfather on 'Morning Star' and 'You Gave Me Love,' songs both written alongside one of New Orleans greatest songwriters ever, Dave Bartholomew.

Piano From The Vaults, Vol. 1 is available directly from Basin Street Records, the Louisiana Music Factory, Amazon, and iTunes. You can also stream it on Soundcloud.