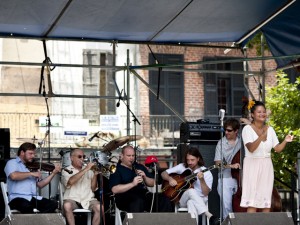 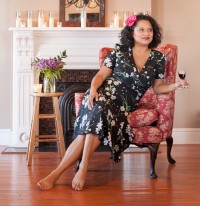 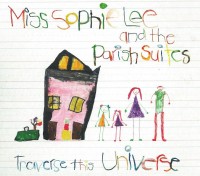 The rich, romantic, and sweet voice of Miss Sophie Lee shines on her latest with group the Parish Suites, Traverse This Universe. Shades of Billie Holiday peek up from Lee's voice throughout, and she does it right. Joining her for this latest release are producers/songwriters Luke Winslow King, Earl J. Scioneaux III, and Ben Polcer. Lee is well-versed in trad jazz but reaches beyond that background for an album with more original tunes than covers, though Traverse still includes classically lovely versions of Fats Waller's 'Ain't Misbehavin'' and Duke Ellington's 'It Don't Mean A Thing (If It Ain't Got That Swing).'

The band takes on a Caribbean beat on 'Under the Moon,' and a Latin tinge on 'Someday.' The porch sitting atmosphere of New Orleans pushes through on 'That's When Your Heartaches Begin,' contrasted by the sweet and innocent sounds of 'A Safe Place.' Also noteworthy are the romantic saxophone undertones on 'You and Me (The Universe)' and 'The Way That Love Can Be.'

Other featured musicians on Traverse This Universe include more than a dozen of the most talented regular musicians on the New Orleans club circuit today, including Aurora Nealand, Helen Gillet, Charlie Halloran, and Khris Royal.

Lee certainly stays busy--in the fifteen years since moving to New Orleans in search of its culinary and musical culture, Ms. Sophie Lee has released four albums, opened the jazz club Three Muses in 2010, and is set to open Seoul Shack this summer. She also has two daughters, ages 8 and 6, who designed the cover art for the album.

Traverse the Universe is available on CD and mp3 from the Louisiana Music Factory, CDBaby, iTunes, and Amazon.

Miss Sophie Lee can be seen live on Frenchmen Street every Thursday at the Spotted Cat. She'll be appearing at the 2016 Satchmo SummerFest's Cornet Chop Suey Stage on Friday, August 5 from 1-1:45p.