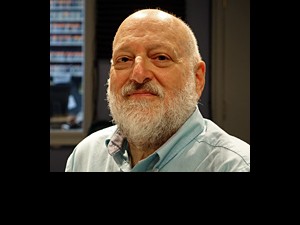 WWOZ welcomes an important new member to its management team: Arthur Cohen, who will serve as the station’s Chief Operating Officer. Arthur has 38 years’ experience in public radio, having most recently served eight years as president of the Public Radio Program Directors Association. He spent a year in retirement before coming to work temporarily with WWOZ in January of 2016. Cohen has stated that "The chance to help out this unique radio station, help serve the unparalleled music community of this city, to offer a career’s worth of knowledge to what is arguably the most successful community radio station in the country, was just irresistible."

Arthur’s radio career began in community radio, where he was the first General Manager of KVMR-FM in Nevada City, CA, and then at KRBD-FM in Ketchikan, Alaska. He served on the board of the National Federation of Community Radio. Arthur also brings the expertise gained from working as an executive at some of the most important stations in America: WNYC-FM in New York City, Minnesota Public Radio, and WETA-FM in Washington, D.C. "But in my heart, I’ve always been a 'community radio guy,'" says Cohen. "I first fell in love with New Orleans in 1967 while stationed at Keesler Air Force Base in Biloxi. Whenever possible I came to New Orleans and helped out at a cousin’s record store on Chartres in the French Quarter, and got to meet many of the incredible musicians of the city. I am excited to be at a station that is so integrally connected to the roots of New Orleans’ music and that expresses that connection in so many ways every day."

Arthur will have complete responsibility for the management of WWOZ, including all content, operational fundraising and budget management.

General Manager David Freedman will transition to the role of Chief Strategic Officer. He will focus on strategic planning, assisting with fundraising, and community engagement. He has served as General Manager since 1992, and during his tenure, WWOZ increased its broadcast signal from 4,000 watts to 100,000 watts. "We deeply appreciate the decades of passion, creativity and vision that David Freedman has given to our beloved 'OZ," says WWOZ Board President C.J. Blache. "He has taken us from a $200,000 local secret to a significant force for the culture of our city and state, with national and international impact. His efforts helped expand our unique New Orleans and Louisiana musical heritage thru new electronic platforms, often setting the pace in utilizing changing technology."

In 1995, WWOZ became one of the first stations to stream its programming on the internet. It enjoys a page on the Library of Congress website featuring the station’s extensive recordings of live music performances by local musicians. WWOZ recently has created a very active video team—recording live music in the station’s performance studio and throughout the community. Under Freedman, ‘OZ is now among the top 4% of all public radio stations in annual growth. "When I took over as General Manager in 1992, there were four full-time employees and one part-timer. Each employee wore many hats, since there were way more jobs needed to run a radio station than there were people to cover them," says Freedman. "With the ascendance of the digital age, WWOZ has been called upon to stay relevant to the way folk access their music."

WWOZ was cited as one of the "Five Top Radio Stations in America" by Rolling Stone; awarded an Esky Award by Esquire Magazine for best website; and garnered a "Best Website" designation by Radio and Internet News. Jazz Week Magazine has singled out WWOZ as the "Best Jazz Station in America," five times; WWOZ has been voted "Best Radio Station in New Orleans" year after year by New Orleans periodicals Gambit and Offbeat.

As the station’s staffing grew, Freedman says, "...it became clear to me, as long as four years ago, that we needed more day-to-day management to help keep up with the expansion of our services. At that time, I was called upon by the board to work on long-term issues that will be facing the station. Now, with Arthur Cohen on board, I am able to turn operations over to one of the most capable people I know—not only our over-the-air broadcasting, but also music, audio and video streaming, additional program channels, web and app platforms as well as social media. I can now prioritize my work in making sure that WWOZ has the brightest future possible in a media environment."