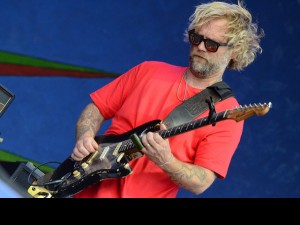 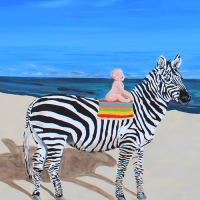 Anders Osborne has a wonderfully rich Americana sound-- one that's all the more impressive when you find out he grew up in Sweden. Osborne has lived in New Orleans for more than three decades and has readily absorbed all of the sounds of the south to create his own music. His newest album, Spacedust & Ocean Views, reflects a lifetime of growth and passion for music with sweet and thoughtful sounds throughout.

Spacedust & Ocean Views opens with the appropriately melancholy 'Potchartrain' and moves into the country-infused 'Lafayette.' Osborne also comfortably slides into the country style on 'Wind,' a song reminiscent of some of Loretta Lynn's famous duets with Conway Twitty.

Osborne showcases adept songwriting skills as he sings "Cold wind comes any day" on 'Cape Cod,' a simple yet standout heartfelt lyric about the New England peninsula and on 'Tchoupitoulas Street Parade' when he refers to it as "the loneliest street,' a sentiment that's easy to identify with for anyone who's driven up or down the industrial/commercial corridor along the river in the wee hours.

'Can You Still Hear Me?' is a powerful and emotional testament to relationships and heartache. The 12-track album closes with the quiet, orbiting 'From Space,' with backing vocals from Rickie Lee Jones, wouldn't be out of place on a Mazzy Star record.

Music from people who have not lived smooth lives often tends to come across as somehow deeper, more authentic, more emotional, and Spacedust & Ocean Views falls into that cateogry. Osborne has been open about his struggle with addiction, telling the Gambit in 2013 upon winning the 'Big Easy Entertainer of the Year' Award, "All the terrible stories that come with addiction, I have them. Blacking out, waking up not knowing where my guitar is and I've been running around with no pants on for two days." Fortunately for Osborne (and his fans), he's been sober since 2009.

Osborne will be appearing locally at Tipitina's on Thursday, April 21 with Neville Jacobs, Saturday, April 23 at Jazz Fest, Saturday, and April 23, 24, and 30 at the Howlin' Wolf. See his website for the rest of his upcoming national appearances.

Spacedust & Ocean Views is available on mp3 from iTunes and Amazon.