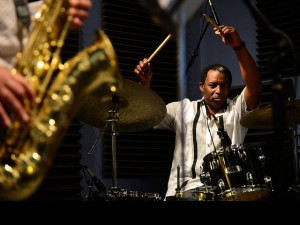 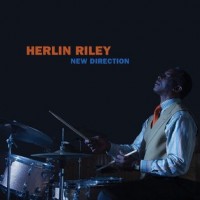 Master jazz drummer Herlin Riley released new 10-track album on February 12, entitled New Direction. This is, without a doubt, one of the most beautiful albums I've had the pleasure to put the spotlight on. Riley is a regularly featured musician at Jazz at the Lincoln Center and his consummate professionalism shines through on his latest release. New Direction is perfect listening for any mood; moving from light-hearted to deeply emotional with ease (see 'The Big Banana' to 'Shake Off The Dust,' in particular).

'Connection to Congo Square' is one that can't be missed-- Riley's fabulous skills fly as the link between African drumming and jazz is bridged with aplomb. New Direction closes with 'Tootie Ma Was A Big Fine Thing,' which Riley performed at his recent appearance at WWOZ. See it below.

Riley was born February 15, 1957, in New Orleans, to a musical family. He was always surrounded by music and began playing drums at age three. The New York Times said that since emerging on the national jazz scene in the 1980s, Herlin "has been a shining exemplar of New Orleans rhythm — as a cultural study, a living language and a model of hybridity."

New Direction is available on CD or mp3 from iTunes, Amazon and the Louisiana Music Factory.