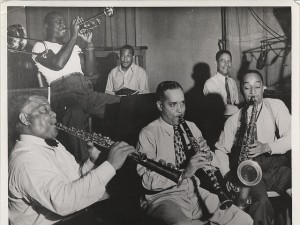 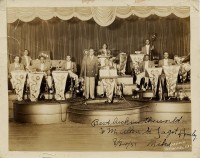 "All the big names of jazz, along with lesser legends, were included, and I found myself with a first class treasure of early jazz music. I had always hoped that maybe at least one of my kids would show an interest in my collection, so I began making tapes that could include a chronological compilation of my collection, along with commentary: date and place of recording, personnel, soloists, etc."

Jazz enthusiast David W. Niven spent his life collecting recordings from the early years of jazz. In the 1920s, when Niven was a child, he bought jazz records with money earned from his paper route. By the 1940s, he had thousands of LPs. He passed away in 1993, but with an increased interest in this era of jazz in recent years and the advent of the Internet, his collection reached the public. Recordings, of course, include many New Orleans artists: Louis Armstrong, Sidney Bechet, and Jelly Roll Morton, among others. Also included in the collection are other highly influential musicians of the early jazz eras, including Thelonious Monk, Chet Baker, Charlie Parker, Duke Ellington, Frank Sinatra, and more.

Archive.org is now hosting digitized versions of over 1000 hours of music from Niven's vast collection. You can stream/download all of it, including scans of liner cards that accompany each recording. The digitized versions were created by cassette tapes that Niven made in the 1980s and early 1990s, which he prefaced with audio commentary that provides background information on each recording.

Archivist Kevin J. Powers, who digitized the cassettes, states that the collection “represents the very finest American music of the twentieth century, and because Mr. Niven took the time and care to record these commentaries, he has produced a library that is accessible to everyone from jazz aficionados to jazz novices.”