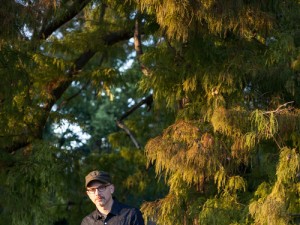 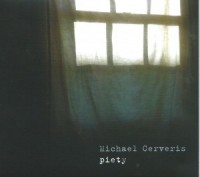 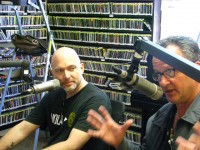 Michael Cerveris is a Tony-Award winning actor with a new album out on Low Heat Records. Cerveris splits his time between Broadway and New Orleans. While certainly most famous in New York for his work onstage, he will likely be better known in the Crescent City for his music. Piety is a lushly orchestrated, melodic Americana album produced by Mark Bingham and recorded in the final days of Piety Studios in New Orleans with a host of beloved local artists and friends including Anders Osborne, Mia Borders, Paul Sanchez, Shamarr Allen, Alex MacMurray, Rod Hodges (Iguanas), Linzay Young (Red Stick Ramblers), and Kimberly Kaye (Loose Cattle).

Piety is appropriately haunting, opening with ethereal slide played by Osborne. Throughout the nine-song release, Cerveris evokes the hot, still summer nights of New Orleans with a deep sense of thoughtfulness and melancholy. Cerveris' subtle storytelling skills are on display on 'Evangeline' and the simple yet romantic '10th Grade.'  A lovely light-handed plucking style makes 'Atlas' stand out. Beautiful cello playing from Helen Gillet on the final track, 'Phoenix,' does the same. Light is a theme; many references to the sun are sprinkled throughout.

There's a feeling throughout Piety of a person well-traveled. The album has just a touch of Irish influence and the emotions stirred up within are those of someone who has experienced flight, excitement, loss, and nostalgia. Cerveris' emotional musical vision is well-executed by Jimbo Walsh who wrote the string arrangements for the album. Matt Rhody, Helen Gillet, and Sam Craft perform them with aplomb.

Michael Cerveris will be celebrating the release of Piety with a New Orleans debut party at The Theater at St. Claude (2240 St. Claude) on Friday, April 29 at 8p.

Piety is available on mp3, CD, and vinyl from iTunes, Amazon, and the Louisiana Music Factory.