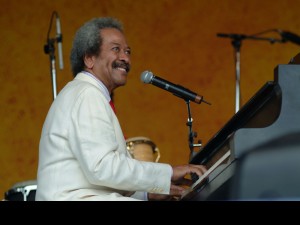 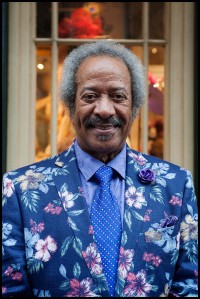 Last week, the New Orleans City Council unanimously passed a resolution declaring Thursday, January 14 to be 'Allen Toussaint Day' in the city of New Orleans. On what would have been his 78th birthday, the whole city will celebrate one of the finest musical ambassadors New Orleans ever had.

As part of the celebration, WWOZ is airing two back-to-back episodes of New Orleans Calling, paying tribute to Allen, starting at 2p. Part One, featuring the story of Allen Toussaint in his own words, is also available for online streaming now at neworleanscalling.org. Part Two features the voices of his collaborators and friends, including Irma Thomas, the Meters, and others, and will become available online after it airs on Thursday. New Orleans Calling is WWOZ's nationally syndicated program, hosted by George Ingmire. It airs Saturdays at 7a on WWOZ and at various times in other markets. Check for your local station here.

Toussaint passed away unexpectedly while on tour in Spain on November 10, 2015. A stirring and emotional tribute to his life happened at the Orpheum Theater on Friday, November 20 with performances and words from many of his talented friends, including Cyril Neville, Deacon John, Irma Thomas, John Boutte, Boz Scaggs, Davell Crawford, Jimmy Buffett, Elvis Costello, and more.

Below, just a few highlights from Allen Toussaint.