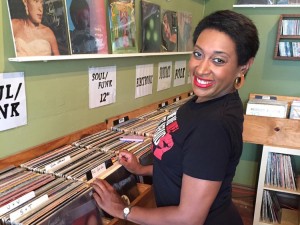 About:
The Soul Power show airs Saturdays from 8-10pm Central time with host Soul Sister, who has been with WWOZ since 1994. The show "features the best in rare groove and soulful movers" of the 1970s - mid-1980s from Soul Sister's personal collection of vinyl, amassed over 40+ years. She named the show "Soul Power" after the James Brown classic, but her show (and personal) theme song is "Bold Soul Sister," an Ike and Tina Turner song released in 1970.