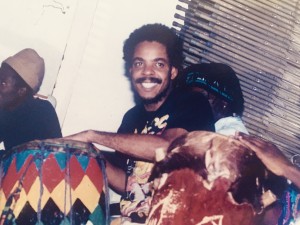 Haitian-born New Orleans local Damas "Fanfan" Louis transitioned from this life on Tuesday, December 10, 2019. A master drummer and Vodou priest, Damas Louis was commonly called Fanfan by those who knew him. Those who knew him best called him Papa Fanfan. He was born in the beautiful coastal town of Jacmel, Haiti. As a young adult, Fanfan moved to Port-au-Prince and worked for the Théâtre National D'Haiti as a lead drummer. During this time Fanfan was also immersing himself in Vodou culture, eventually achieving the position of Houngan Asogwe.

In the late 80s, Papa Fanfan moved to the US, starting off in East St. Louis, teaching Haitian drums at the Katherine Dunham Institute. For the rest of his life, Fanfan's love of teaching touched countless communities and individuals of countless ages and origins. In 1990, he moved to Milwaukee, serving as the lead drummer and teacher with the Koty Dance Company. When Fanfan made it to New York in 1992, he began to perform and teach with many organizations, including the Caraco Cultural Center (East Orange, NJ), Leslie School of Dance, Arts Connection, Djoniba Dance Centre, and Batala Nigo Dance Company.

Fanfan moved to New Orleans in 2011 and fell in love with the city. While consistently teaching children for Young Audiences during his years in New Orleans, he also performed with many groups, including Chakra Dance Theatre and Omosede Children's Dance Theatre. Fanfan also took many opportunities to teach classes and workshops at Congo Square and various universities and dance companies in New Orleans.

Papa Fanfan's generous teachings impacted people from many different walks of life here in New Orleans. He is survived by four biological children, and his many spiritual children comprise Sosyete Minokan.

Fanfan appeared on a few tracks from Leyla McCalla's recent release, Capitalist Blues, and on one cut of the newly released Lakou Mizik album HaitiNola, Loumandja.

The WWOZ family sends its best wishes to his family and friends, and our appreciation for the many years of music he shared with us and his community.

Funeral services will be held on the morning of Friday, December 20. Services will begin at Professional Funeral Services, 1449 N. Claiborne at 9am. After 10am, there will be a celebration of his life at Congo Square. 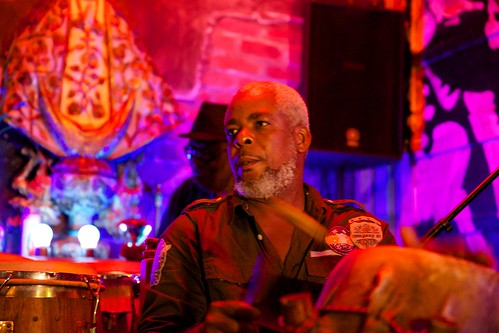 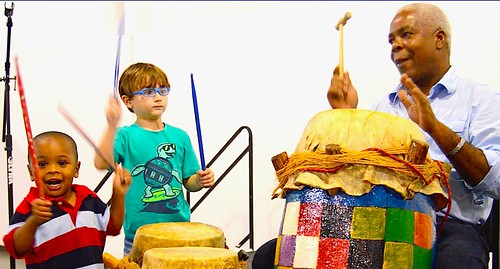 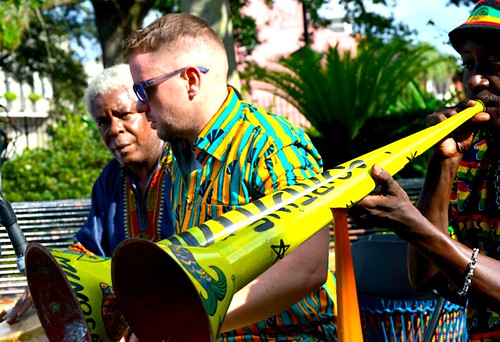