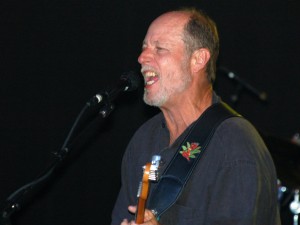 Guitarist, bassist, and vocalist Paul Barrere died on Saturday, October 26, 2019 at the age 71. Paul was best known for his work with Little Feat. The band formed in 1969 but Paul did not join until 1972. In 1973, the group released Dixie Chicken. Little Feat's work throughout the 1970s brought them critical acclaim and a passionate fanbase. Their songs cross many genres: rock, blues, jazz fusion, and a unique brand of southern rock with acoustic interludes and a "healthy dash of Cajun funk thrown in."

Paul wrote or cowrote many of Little Feat's best known songs, including 'Old Folks Boogie,' 'Time Loves A Hero,' and 'All That You Dream.' Little Feat disbanded temporarily in 1979 after the passing of lead guitarist and songwriter Lowell George and Paul went on to join the Bluesbusters. He recorded two albums as the Bluesbusters bandleader.

In 1987, Little Feat reunited with two new members and Paul took over more of the lead singing, songwriting, and guitar solos. The band recently completed a 50th anniversary tour which Paul was unable to be a part of due to his ongoing battle with liver cancer.

Paul was born in Burbank, California on July 3, 1948. He passed away at the UCLA Medical Center.

"I think that the main thing about Little Feat," Mr. Barrere told Best Classic Bands earlier this year, "is that it’s been described as a musicians’ band. And the most important part of it is the music itself."

In 2014, Reggie Scanlan and Jake Eckert brought Paul into WWOZ to talk and play on Soul Serenade with Marc Stone. Check out part of that session below.