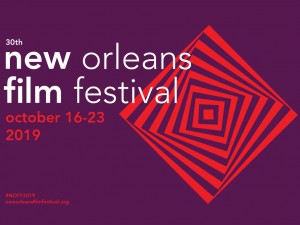 The 2019 New Orleans Film Festival is happening October 16-23! The festival is turning 30 this year and New Orleans shines ever brighter as an epicenter of culture and creativity during the festival with 500+ filmmakers from every corner of the world in attendance at screenings of 230+ films. The festival is expected to engage 30,000+ attendees with visionary films, directors, and other film lovers.

New Orleans native, six-time Grammy winner, and Academy Award-nominated composer Terence Blanchard will be honored with a Career Achievement Award at the Closing Night on October 23. Blanchard composed the music for Harriet, the Closing Night Selection of the festival. Harriet tells the story of the renowned abolitionist Harriet Tubman.

Full information on the 30th annual New Orleans Film Fest can be found at neworleansfilmsociety.org/festival.

Below, a few of the films scheduled to show that either focus on music or are of local interest:

The Remix: Hip Hop X Fashion
The story of how hip-hop changed fashion, leading to the stratospheric and global rise of street wear. It is a journey of African-American creativity, the politics of fashion and the limitless possibilities of a cultural movement.

Lost Bayou
In this Southern Gothic mystery, a struggling addict ventures into the Louisiana swamp to reconnect with her faith healer father, only to discover he is hiding a troubling secret aboard his houseboat.

Mossville: When Great Trees Fall
One man standing in the way of a petrochemical plant expansion refuses to give up.

The Long Shadow
A young, female Sheriff’s Deputy in rural Louisiana takes on her town's old money establishment when the woman she loves - an attorney fighting a land grab that threatens to displace the town's poor - is murdered.

Up From The Streets
A celebration of the culture of New Orleans through the lens of music.

King Ester
Ester is a trans woman struggling to find her path in New Orleans during the week before Hurricane Katrina. In the face of an evacuation order, she is forced to make a choice that will impact her future forever.

Deborah Harry Does Not Like Interviews
Blondie’s Debbie Harry endures years of superficial, tedious, and demeaning questions from journalists until she devises a brilliant way to turn interviews on their head.

L’eau est la Vie (Water is Life): From Standing Rock to the Swamp
On the banks of Louisiana, fierce Indigenous women are ready to fight—to stop the corporate blacksnake fossil fuel companies and preserve their way of life.