The Return of Professor Longhair: Jazz Fest at 50 Time Capsule

Authored by:
Carrie Booher
Published on: May 1st, 2019

Professor Longhair was well-known to New Orleans R&B musicians in the late 1960s. But when festival founders Quint Davis and Allison Miner went looking for him at George Wein's request, he wasn't recording at all, nor performing much.

They persuaded him to come perform at the second year of the New Orleans Jazz & Heritage Festival. He agreed to perform for all three days, at the outdoor Heritage Fair. On April 22, 1971, Professor Longhair showed up in Congo Square in a dark short-sleeved shirt, with a couple of other musicians, including the guitarist Snooks Eaglin.

They performed on the Blues Stage, which was actually just a small platform, enough room for a piano and a band. Most of the audience had never seen Professor Longhair -- and they loved him. The crowds started to gather, drawn away from all the other music going on at the festival. The second and third days, Fess showed up in a suit, and the crowds kept growing. And he was suddenly a star. Everyone knew his name, his face, and his music. Find out more about the link between Professor Longhair's career revival and Jazz Fest in this Jazz Fest at 50 Time Capsule. 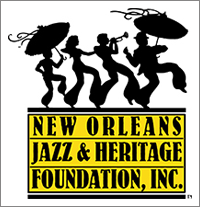