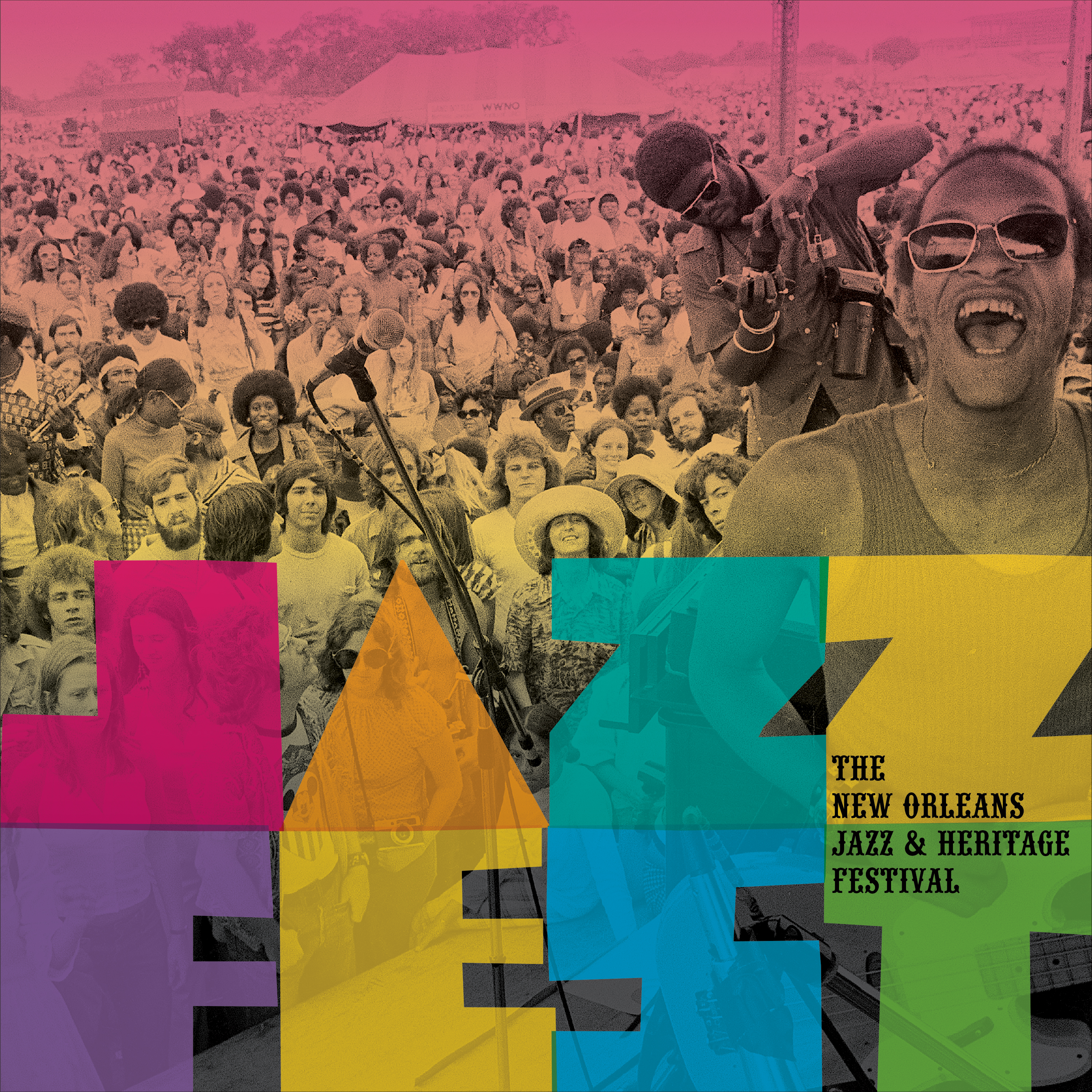 The box set is filled with archival photos and essays annotated by Robert H. Cataliotti, plus in-depth notes from Jeff Place and Huib Schippers of Smithsonian Folkways; New Orleans Jazz & Heritage Foundation archivist Rachel Lyons; WWOZ's Director of Content, Dave Ankers; and Jon Pareles of the New York Times. In the foreword, Jazz Fest producer George Wein — also the man behind the Newport Jazz and Folk Festivals — looks back at the circumstances surrounding the creation of the Fest, including the delay of its founding due to Jim Crow.

A number of the songs on the box set come from WWOZ recordings throughout the years. Disc One covers jazz; Discs Two and Three spotlight blues, R&B and gospel; Disc Four features Cajun and zydeco artists; and Disc Five winds the set down with everything from funk to hip-hop. Tune in to WWOZ over the coming months to hear our show hosts' selections from the set.

Click here to pre-order your copy today! Or pre-order straight from Folkways.

Preview the set below with Trombone Shorty's 2010 version of 'One Night Only (The March),' a track from his album Backatown, which came out that same year.

Hear even more at this Spotify Sampler (3 songs).