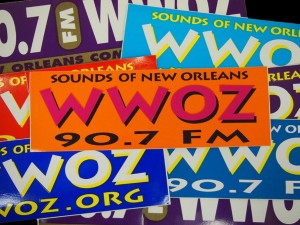 We are happy to share that WWOZ has been named a finalist for the national Marconi Radio Award for Non-Commercial Station of the Year. The Marconi Radio Awards honor radio stations and on-air personalities for excellence in broadcasting. Winners will be announced September 27 at the NAB Marconi Awards Dinner and Show in Orlando.

Established by the National Association of Broadcasters in 1989, the NAB Marconi Radio Awards are named after Nobel Prize winner and “Father of Wireless Telegraphy” Guglielmo Marconi.

The radio stations that will be honored have been selected by the NAB Marconi Radio Awards Selection Academy. The academy is made up of general managers, program directors, regional executives, owners, programming consultants and former radio executives from across the country.