Tee Eva, formally known as Eva Louis Perry, passed away Thursday, June 7, 2018, at the age of 83. She was well known in the New Orleans community as a baker of delicious pralines and miniature pies, as a parading Baby Doll, and as a backup singer for Ernie K-Doe.

Tee Eva grew up in the Magnolia housing projects and learned how to cook sweet potato pies, pralines, and pecan pies from her grandmother. As an adult, she launched Tee-Eva's Authentic New Orleans Pralines. The shop still operates at 5201 Magazine Street and is owned by her granddaughter, Keonna Thornton.

She went on to open a shop on Freret Street, then moved to a spot on Magazine near Napoleon till finally ending up at the shop's current spot near Dufossat St. in 2009. In addition to baked goods, she sold jambalaya, red beans, and snowballs.

Tee Eva was close friends with Antoinette K-Doe, wife of Ernie K-Doe. Together, they formed the Paradise Ladies and performed backup for Ernie K-Doe in matching outifts. In 2003, two years after K-Doe's death, the pair launched the Ernie K-Doe Baby Dolls, an effort to keep his memory alive and revive the Baby Doll Carnival tradition. They paraded this way through 2009.

A second line was held on Monday, June 11 at 6p starting from Tee-Eva's Authentic New Orleans Pralines (5201 Magazine St.), sponsored by Judy Hill and James Andrews. See the video below.

Services will be held on Saturday, June, 16, 2018 at Guiding Light Baptist Church (2012 Washington Ave) starting at 10a. James Andrews is organizing a second line to follow the funeral and asks musicians, Baby Dolls, Mardi Gras Indians, and members of Social Aid and Pleasure Clubs to join. 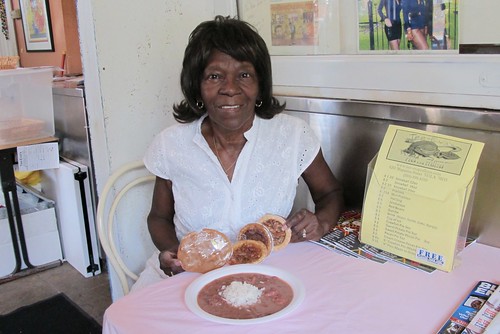 Tee-Eva with her red beans & rice. Photo by Jennifer Leslie 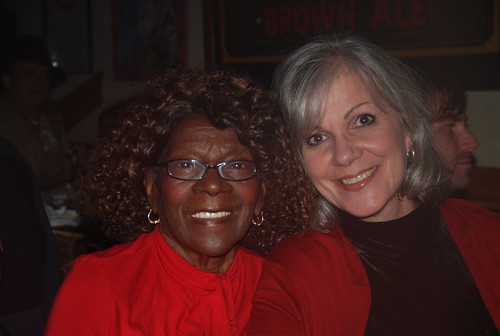 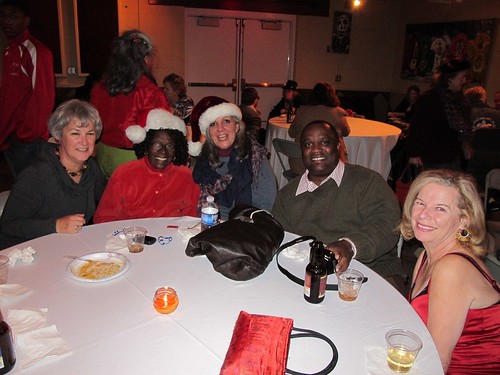 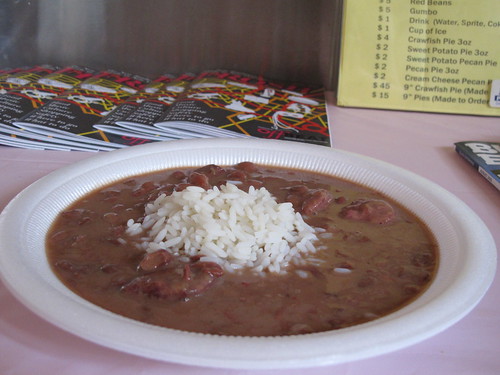