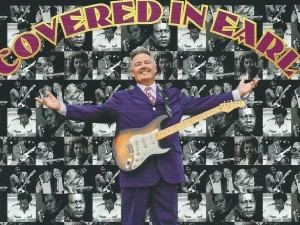 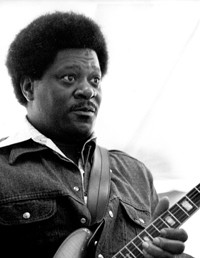 What's old is new again on Brint Anderson's homage to the late, great Earl King. Anderson's new CD, Covered In Earl, lays out fourteen of King's tracks with aplomb. The instantly recognizable hits are there ('Trick Bag,' 'Come On, Let The Good Times Roll,' 'The Things That I Used To Do'), as well as deeper cuts like 'Handy Wrap' and 'Hard River to Cross.'

Anderson is the perfect musician to release such an album-- he both played with King during his lifetime and has spent many years performing with George Porter, Jr.'s Runnin' Pardners. Joining Anderson for Covered is fellow Runnin' Pardner and keyboardist Michael Lemmler, who shines on 'No City Like New Orleans.' Jimmy Messa and Doug Belote skillfully take the beat on bass and drums, respectively. At the helm of it all is Anderson, deftly shaping King's songs to make them his own while still paying great respect to the originals.

Originally from Natchez, Mississippi, Anderson came to New Orleans in 1992. His first break here was securing a spot on guitar with the Runnin' Pardners. From there, he went on to back many other fantastic musicians. Besides King, Anderson has also played with Art Neville, The Radiators, Johnny Adams, Earl King, Snooks Eaglin, Eddie Bo and Henry Butler. The Brint Anderson Band won the Abita Beer Blues competition in 1993 at the Mid-City Rock'n'Bowl and won best New Orleans R&B band from OffBeat magazine in 1997. Anderson and his band celebrated the release of this CD with the CD release party at the Maple Leaf on November 14.

Covered in Earl is available on CD from the Louisiana Music Factory and Amazon and on MP3 and CD from CDBaby.