Published on: April 24th, 2018
In 2018, New Orleans is celebrating 300 years. In honor of this milestone, we're featuring Tricentennial Music Moments, on-air and online, all year long. Learn more about the stories and people that have shaped the Crescent City.

In 1970, the SS President was the last sidewheel steamboat in America, and it had called New Orleans home for three decades.  It held a huge dance floor where 3,000 passengers could enjoy dance and concert cruises on the Mississippi. But on the low-key evening of April 22, 1970, perhaps its most important cruise took place.

The concert was Pete Fountain and his Orchestra, and also Clyde Kerr Sr and his Orchestra.  Neither act was that unusual to see in concert.  But the show was important -- it was the very first event of a new multi-day festival of local and national musicians. It was a financial gamble called the New Orleans Jazz & Heritage Festival.

The following day was the unveiling of the first ever Louisiana Heritage Fair in Congo Square, as well as the first of a series of nighttime concerts at the Municipal Auditorium.

In the end, the festival made a little over fifty dollars that first year. The next year was also hard. But it was clear something important was happening, and producer George Wein and the Jazz & Heritage Foundation doubled down.

The gamble paid off.  Within a few years the event was a cultural and financial success, becoming part of the fabric of New Orleans. And the Jazz Fest cruises with headlining acts on the SS President continued most years, alongside the heritage fair, which grew and grew, moving into the Fair Grounds race track.

The final Jazz Fest cruise on the President was April 30, 1988, and featured Robert Cray, the Dirty Dozen Brass Band, and the Neville Brothers.  Soon afterwards, the boat was sold and left town for St Louis, where it was eventually decommissioned and dismantled.

Jazz Fest now became strictly a daytime event, and in one location, at the Fairgrounds.  But for almost 20 years, many legendary evenings of Jazz Fest were spent on board the SS President, which had been the site of that first official Jazz Fest concert, with Pete Fountain and Clyde Kerr Sr, on a steamboat on the Mississippi River.

This feature's narrator is Debbie Davis. Debbie is a professional singer who made her debut at age two. She has a background in opera, musical theater, dance, rock'n'roll, and jazz. Since moving to New Orleans in 1997, Debbie has focused her efforts on jazz, making a name for herself in the local community. She's recorded with John Boutte, New Orleans Nightcrawlers, Dukes of Dixieland, and recorded and performed with many more. She's also performed with The Pfister Sisters since 1999 and is proud to be New Orleans' premier female ukulelist. 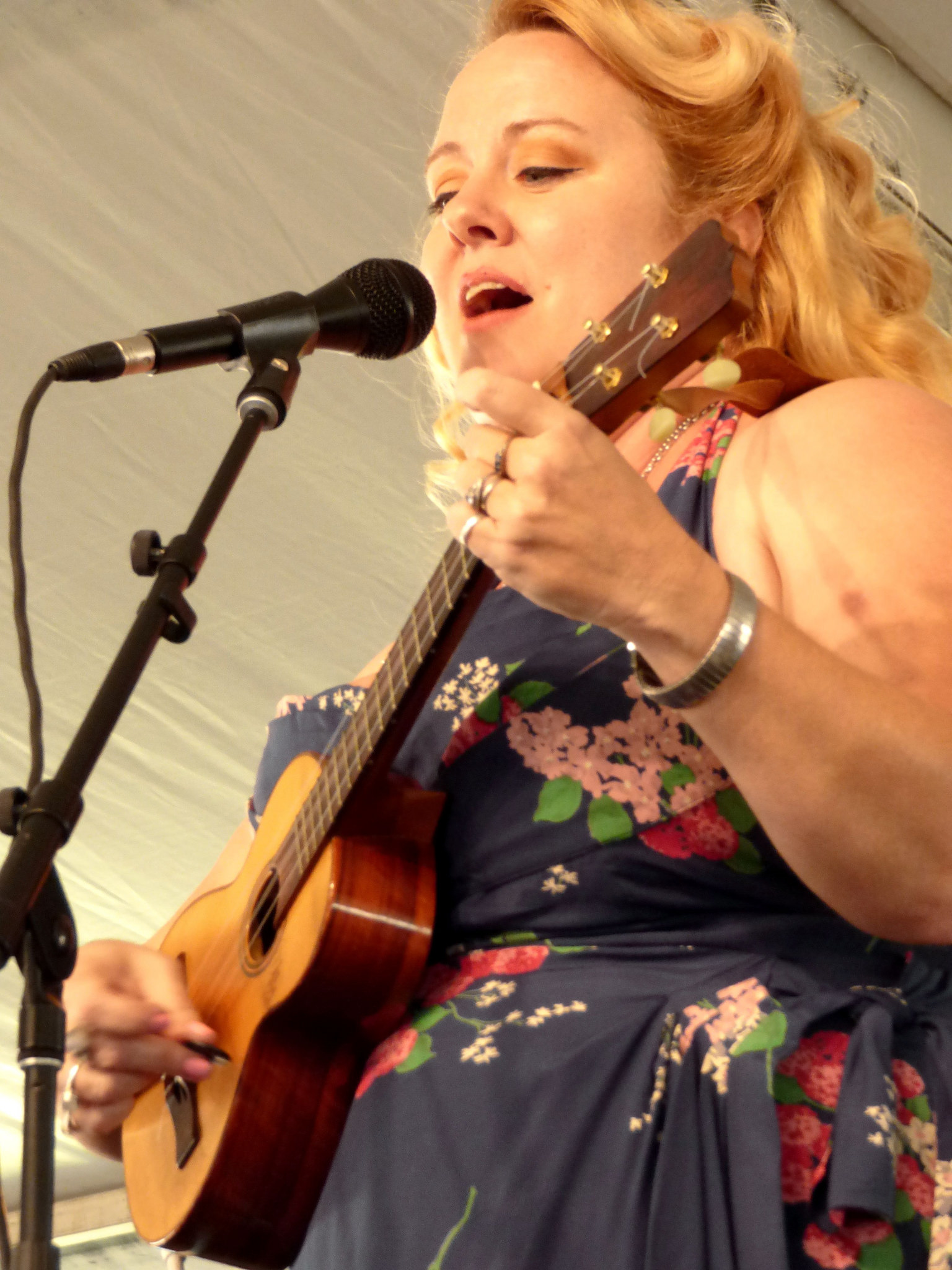