Walter "Wolfman" Washington, "Can I Change My Mind" 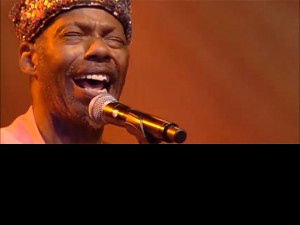 Here's Walter "Wolfman" Washington in a beautifully shot live performance from last July's North Sea Jazz Festival in Rotterdam. The YouTube poster mistakenly identifies the song as "Funk Is in the House"; it's actually a cover of the Tyrone Davis hit "Can I Change My Mind", which went to #1 on Billboard's R&B charts in February 1969. It also appeared on Washington's 1986 album Wolf Tracks.