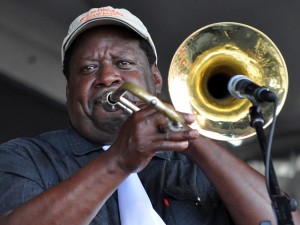 ArtsNOLA, in partnership with the Ellis Marsalis Center for Music will host a cultural education workshop and performance in spring 2018 at two schools in the following zip codes: 70117, 70126, 70127, 70128, 70129, 70032, and 70122. The theme of the workshops and performances will be The Silverbook Project, funded by the Doris Duke Charitable Foundation, aims to introduce students to the music of educator/musician Harold Battiste. These 45-minute interactive performances will be led by pianist Jesse McBride and the Ellis Marsalis Center Jazz Orchestra. Prior to the performance, students will be provided music lead-sheets for five songs from the Silverbook and a Play-Along CD, which will enable students to learn some of the repertoire (and potentially perform with the band).

"The Silverbook has shaped an exceptional generation of artists including Wes Anderson, Terence Blanchard, Harry Connick, Jr., Wynton and Branford Marsalis," said Michelle Brierre, Executive Director of Ellis Marsalis Center for Music. "[We are] excited about the prospect of cultivating the next generation of great musicians."

If your school would like to participate, you can sign up here. This opportunity is first come, first served. If your school is in one of the targeted zip codes, sign-up as soon as possible.