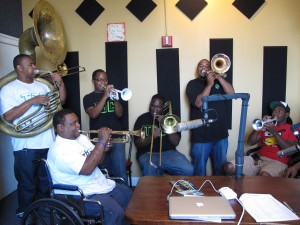 TBC Brass Band joined host Derrick Freeman on today's edition of New Orleans Music Show. It's Day 2 of the Don't Stop The Music! Spring Membership Drive! Check out their performance below and show your support for New Orleans community radio by becoming a member.