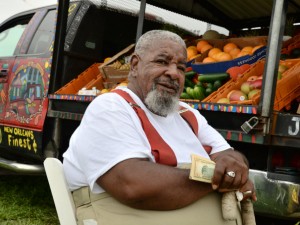 It is the end of an era in New Orleans as the last singing produce vendor, Mr. Okra, has passed away. Arthur Robinson was better known as Mr. Okra, a man who drove his produce-laden truck through the streets and sang his wares through a microphone/bullhorn system. The simplicity of his song was instantly recognizable and excitement-inducing as neighborhood residents raced outside to purchase produce. Mr. Okra was also a welcome addition to the New Orleans Jazz & Heritage Festival in recent years, sitting by his truck in the food area and selling bananas, apples, and more to hot and hungry festival goers.

He passed away at the age of 75 on Thursday, February 15, 2018 at his home. "There ain't no joy like a 9th Ward boy," as it said on his truck. Mr. Okra played an integral part in city after Hurricane Katrina, bringing fresh food to neighborhoods without options.

Mr. Okra was featured in a Morning 40 Federation music video in 2009, as well as being the topic of a Bonerama song. Check those videos out below, plus our photos of Mr. Okra through the years. 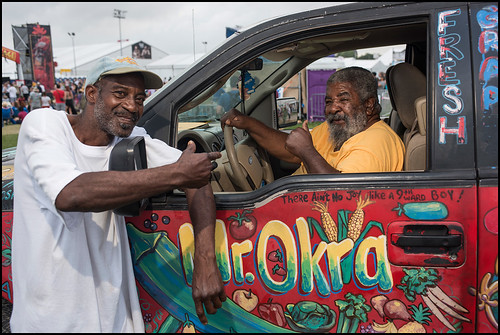 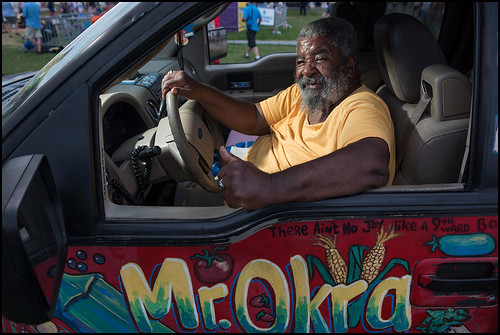 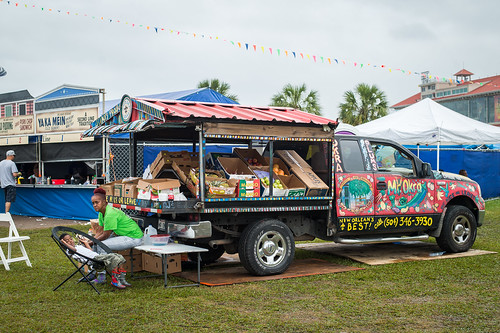 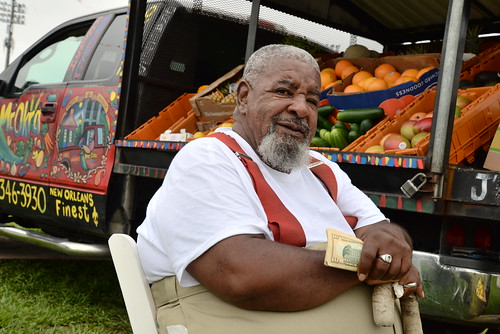 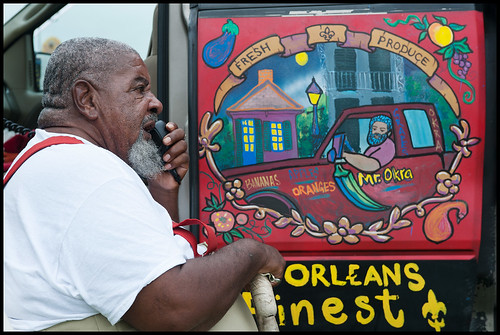 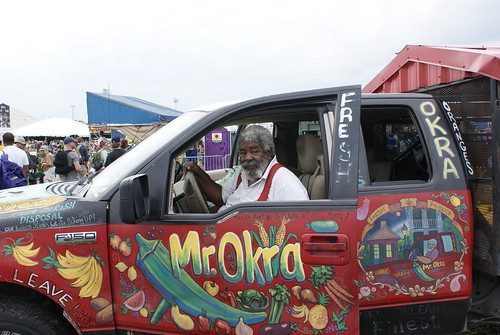 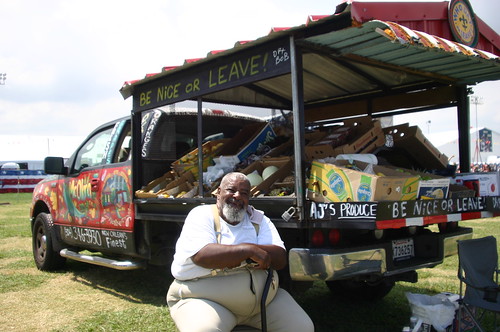 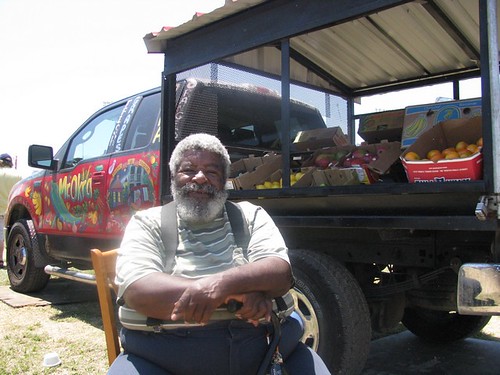 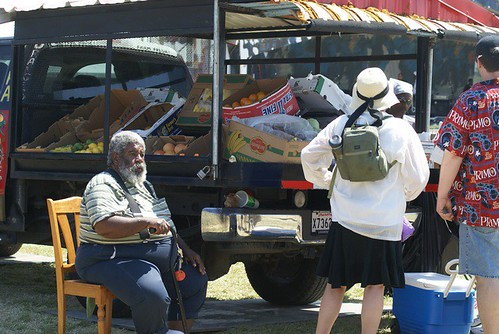 Mr. Okra mans his produce truck at the Fair Grounds. Photo by Bill Sasser
Previous Next