Bonnie Raitt and Allen Toussaint, "What Is Success?" 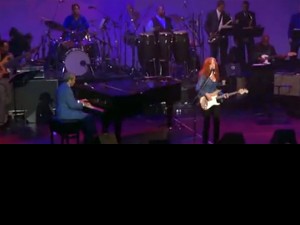 Two Guardians of the Groove, Bonnie Raitt and Allen Toussaint, team up on "What Is Success" at the Saenger Theater in New Orleans in 2006. The song dates from around 1970, having appeared on Toussaint's eponymous second solo album, also issued as From a Whisper to a Scream.