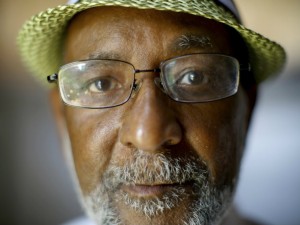 Community leader Johnny Jackson, Jr. passed away Wednesday, January 24 at the age of 74. Jackson was the head of WWOZ's Board of Directors during and following Hurricane Katrina. He also served on the New Orleans Jazz and Heritage Foundation's Board from 1975-2013. Jackson was a dedicated longtime supporter of the "Gospel Is Alive!" program since its inception in 1990. He also served as a New Orleans city councilman from 1986-1994, state representative from 1972-1986, and was a 9th Ward community leader for decades.

Jackson was a New Orleans native who graduated from George Washington Carver High School in 1961, Southern University at New Orleans in 1965, and received a Master's degree in social work from Tulane in 1980. He became director of the Desire Community Center in 1968 and was its leader during the time of the 1970 standoff between New Orleans police and members of the Black Panther Party, who used the center to offer breakfast and tutoring programs for children.

Jackson was a founding member of the state's Legislative Black Caucus and a delegate to the 1973 convention that rewrote the state constitution. He was known as a human rights advocate who also pushed for economic opportunity and improved city services. One of Jackson’s crowning achievements as councilman was raising the home ownership rate in the 9th Ward. He also served on the board of the Zulu Social Aid and Pleasure Club.

Jackson was an important community leader in the chaotic days following Hurricane Katrina, both for WWOZ and the citizens of New Orleans. Read more about his leadership in this article from NPR.

Funeral arrangements have not been announced.