Luke Winslow King, "Down by the Riverside" 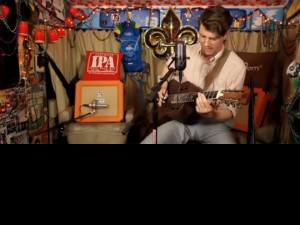 During Jam in the Van's Jazz Fest visit to New Orleans, they met up with Luke Winslow King outside the Botanical Gardens in City Park. Here's his take on the spiritual "Down by the Riverside", adding his name to a long list of New Orleans musicians who've covered the song, including Louis Armstrong, Mahalia Jackson, Snooks Eaglin, and the Dirty Dozen Brass Band.