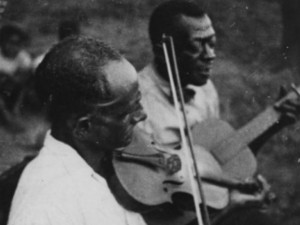 It's a great day for historians and fans of Louisiana's rich musical heritage-- the John and Alan Lomax recordings from their summer 1934 trip through the southern portion of the state are now available online, complete with photographs and extensive notes, including translations. The recordings include songs sung in both English and French.

The father/son duo visited Avery Island, New Iberia, Lafayette, and "many smaller" places along the way, and noted that they found “an absolutely unique type of American Folk Songs, entirely distinct even from the Creole.” One of the unique features on the site is an interactive map highlighting where each recording was made.

It's an extensive collection, and I've only gone through parts of it so far. If you find any favorites, please share them in the comments!